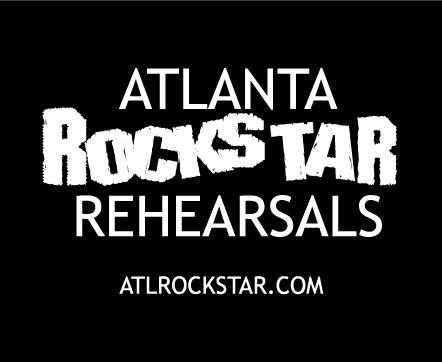 Most musical performers believe that before playing out that some practice is time well spent – Chuck Berry excepted. If you are a performer and want a break from playing among the lawnmowers, tools, and boxes of your garage, or maybe you just want to play through some cool equipment in a space designed for music, you should check out Atlanta Rockstar Rehearsals [ARR].

ARR has been a staple of the Atlanta music scene since 2006 when Kirk Yamatani arrived in Atlanta after a job transfer. Kirk had been used to equipped rental rehearsal spaces when he played in bands along the East Coast – this gap in the music scene looked like a business opportunity.

Over the years since, ARR has had to reinvent itself or bounce from setbacks three times so far, emerging in its best, most advanced incarnation yet. Beginning in a house in Marietta retrofitted to studio standards, Kirk brought along his friend and Atlanta native Michael Murphy to run the studio while they both sold the idea every way they could. Just as they were gaining traction, despite the business adhering to all zoning rules, the Marietta City Council reversed its approval of the space and Kirk and Mike were forced to close the studio. Immediately, Ted Lathangue from Avatar Studios, with whom ARR had a friendly business relationship, called to offer them a room in the Avatar Studios building and then later another room in their Thunderbox building.

All was going well until the day in 2015 when tenants at Thunderbox were given sixty days to vacate, as developers had purchased the property for a new gentrification project. ARR made do in its remaining room at Avatar until four months later they received a similar vacate later. While this was the second time in ten years the rug had been pulled out from ARR, Kirk and Mike, though dismayed, had learned their business model could be quite mobile. They put their gear and storage and contemplated their future options.

They hibernated for fourteen months. Buying and renovating a property was not practical. Potential tie-ups with other businesses didn’t make sense for their customer service model. After over a year of looking, Mike read an article about Atlanta’s award- winning band Mastodon and its efforts to build out a facility for themselves, but also to rent space to other local musicians. Mastodon, too, had been part of the Thunderbox eviction while they were on an extended European tour. Mastodon guitarist Bill Kelliner was spearheading the buildout of the former Othello Events building in the West End area, to be named Ember City after Mastodon’s song of the same name. In the article, Bill included his email and offered local musicians to contact him directly. “It was a shot in the dark, but Kirk and I decided to create a pitch for Atlanta Rock Rehearsals in Ember City.” They were pleasantly surprised when Bill invited them to discuss how their business could fit with his project. The building’s ten rehearsal rooms were built with music in mind with touches like extra-thick drywall walls, air gaps between rooms, no drop ceilings, all designed to minimize sound bleed. Sharing their respective visions, ARR and Bill discussed that ARR’s model of hourly, flexible, rehersal space would bring more and varied musicians through Ember City, aligning with Mastodon’s vision of helping many local musicians. Additionally, ARR’s hands-on service model and access control expertise meant it could actively and daily address any building needs while the band was out of town. Bill offered ARR use of two of its rooms. ARR was the first tenant when Ember City opened in February 2016. “I have nothing but great respect and the highest praise for Bill while wearing his Ember City hat,” notes Mike. “We are in regular contact with him about the facility. It has turned out to be not only a great business relationship but also a great friendship.” 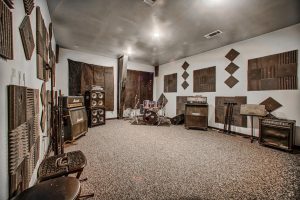 Atlanta Rockstar Rehearsals is now in its version 3.0. It has been in Marietta, in Midtown, and now in the burgeoning West End area. Interestingly, the changes in location have not necessarily changed their base of local customers. “We are one of just a few places that can offer true plug-and-play rehersal spaces with the flexibility of hourly rentals and so there are many potential customers across the metro area. While there are customers that want a longer term, ongoing lease of a space, there are many others who need only intermittent hours or spot rehearsals.

We have had ups and downs as we moved into three different locations, but our name has also come to represent service and experience that transcends the building we are in.

“If I were to profile our customer base, I estimate that nearly 40% of them would be in the hard rock or metal categories. These customers are not going to be able to play in a basement at their desired volume levels. Another 20 to 30% of our customers are large “party bands,” those who entertain at parties, weddings, and corporate events. They tend to have a larger number of members. Even if they could find a space to hold them, the act of getting that much equipment set up could turn a two-hour practice into a four-hour activity. These bands are often very well acquainted with their cover material but do need to rent a dedicated space occasionally practices are required. Another 20% are church groups and jazz bands, again often with many members and needing the flexibility of getting space just when they need it Hip-hop artists make up the remainder. They enjoy also the ability to quickly turn around booking a space to work on ideas when they hit.”

Mike continues “We have always had this client diversity. However with our Rockstar name and our association with Ember City and Mastodon, there could be a misconception that the service is strictly for hard rock bands. Positive word of mouth from customers has done much to dispel this myth.” 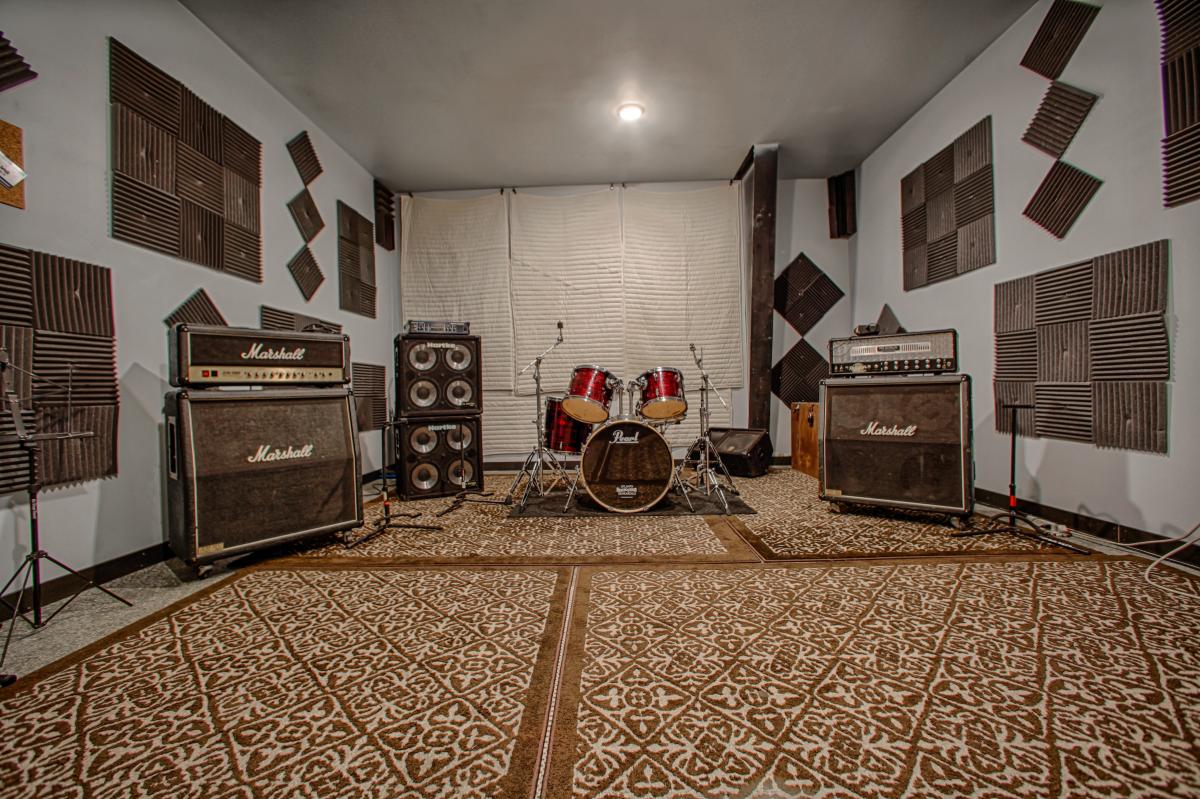 ARR wants its distinguishing hallmark to be its customer service and customer experience. According to Mike, “We want your experience to be smooth and easy, with everything working just as expected so you get value out of all your time. Our engineer Scott Jegen is on-site testing all gear two-to-three times per week. Coincidentally, Scott has been a fixture in the Atlanta music scene for over twenty years, including years spent as the bassist for Lefty Williams, and so he thoroughly knows how to maintain equipment to a musician’s expectations. We log the number of hours that amplifiers are used so we can ensure regular, proactive maintenance. We have some spare equipment if ever needed.” With his years of guitar playing, Kirk selected equipment that appeals to musicians, choosing Marshall JCM 2000 and Mesa Boogie rectifier amplifiers in each room. While having all tube amps in both spaces is more costly to maintain, Kirk and Mike felt it was important that the experience be of equal quality across all musicians.

In addition, Mike stresses the focus on providing an easy to use service. ”We strive to make our booking process easy, quick, clear, and as flexible as we can.” Customers can contact ARR via phone or their website to book a room. Once payment is made through PayPal for speed and security, customers receive detailed confirmation of their times, their unique temporary access codes, and other instructions about the spaces. “The minimum rental is for two hours and although hourly rentals are predominant, we do have customers who have ongoing scheduled rehearsals, arranging to use a room repeatedly every month. We can arrange flexible programs and pricing for those customers. We do ask customers to remember that the rehearsal booking time is inclusive of any gear load-in and load out.”

Mike is positive about the future. “It was difficult to remain idle for almost eighteen months and then to come back to being relevant again, but we are pleased that the business is growing again and with the opportunities we have now in this location. The site is a half mile away from the belt line, which harbingers future growth and development. The building is built out well and has multiple layers of security and access control.

Kirk and Mike have an optimistic view of opportunities to offer new services. Their ultimate goal is to grow beyond just a couple of rooms, to continue to support local music and the music community and be there for their customers when they are needed. They are also looking towards partnering with other local music service providers. For example, Jeff Andrews of Andrews Amp Lab services the amplifiers in the studio, and he also builds some great amps, so there may be an opportunity to feature some in the ARR spaces or to allow his customers to try out an amp at higher volumes in the space. A recent service addition is that they are now renting all instruments. In addition to Gibson guitars, Yamaha and Spector bases, and an 88-key digital piano, ARR also has available Bill Kelliner’s signature ESP guitars – two different models and three finishes. Thus, theoretically a band could walk in empty handed and be ready to play immediately (with notice to ready the instruments, of course). Surely that is some rockstar treatment!

Mastodon recently completed Phase II of its Ember City build-out, adding seven more rooms at the basement level. A tentatively planned Phase III may be a recording studio in a stand-alone building on the property, though whether it will be just for band use or if it may be offered for rent is still to be determined. ARR is ready to support the Ember City growth. 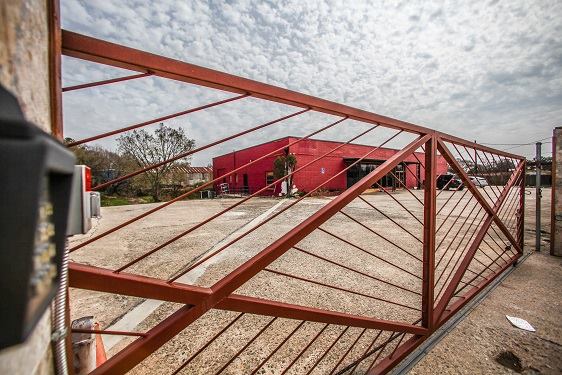 ARR is proud of the service they provide for their customers and are always looking to improve the core business. According to Mike “We have had ups and downs as we moved into three different locations, but we have always found a silver lining and we believe this is the best incarnation of ARR yet. Kirk spent considerable time choosing a company name. It is optimal for search engine look up. But the name has also come to represent service and experience that transcends the building we are in. If you need the ease, flexibility, and cost-effectiveness of well-equipped rehearsal space just when you need it, we are a great solution. The original vision of the business still holds true today.”

Check out their links below.