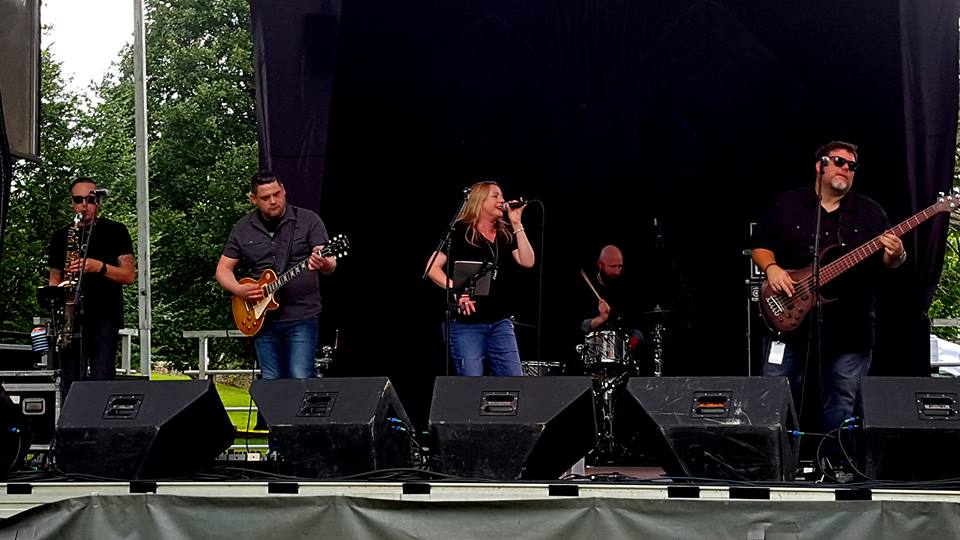 Who says you can’t develop long lasting relationships on Craigslist? Ten years ago, some guys who wanted to be in a band met through Craigslist. They got together, had immediate chemistry and started jamming and thus was born The Bitteroots. Now, ten years later, 200+ shows, five records and a number of band members who have come and gone, The Bitteroots are working on a new album and reminding Atlanta of why they have been so popular over the years.

Two of the original band members still play with the band. Bill Taylor, bass and Mike Davis, drums, have been there from the beginning and Bill says “We are a really serious….. part time band.”

In May 2008, the Bitteroots debuted at a house party with a three and a half hour set and no lead singer. It took some time for the band to find the right lead, but then in 2010 along came Laura Dees. Before Laura, they had three other singers, but none made it past three shows. Bill says “We called it the three show curse. But then Laura joined the band and has been with us ever since, in fact Laura has played all but nine shows.”

The band has had a total of nineteen members over the years. The current lineup includes: Mike Davis on drums, Laura Dees on vocals, Derron Nuhfer on saxophone, PJ Poellnitz on guitar and Bill Taylor on bass/vocals. Bill says of the band “We like to have a really good time, we treat it like a family.” Chemistry within the band is critical to the success. 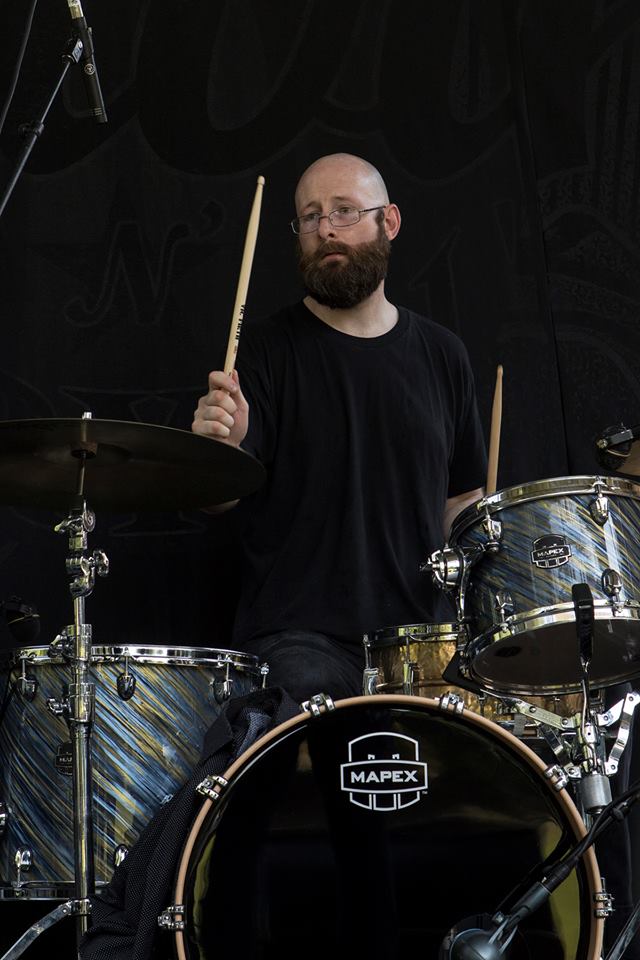 Mike Davis is one of The Bitteroots’ two original members, along with Bill Taylor. Photo by Kelly Thompson Photography

Bill says that “While musical chops are important, it is just as important to really like the people that you play with, that you have people in the band that you want to be around.  When people hang out with us that they get that cool vibe. We all get along.” All of the band members have very serious day jobs, but as Bill says “on the weekends we put on our rock and roll capes and turn into rock and rollers.”

Collectively, the band has a variety of influences from The Allman Brothers to Stevie Nicks to The White Stripes and their music reflects that diversity. Each band member brings different musical tastes. “If the five of us were stranded on a desert island and had music, we would hate what each other brought. But that is cool, though, when you are in a band because you are knitting together a sound. Our process and influences pull from a variety of inspirations and that makes our music better.”

According to Bill, “When we get serious about writing, the songs come really quickly.” They tend to write collaboratively.  Getting together in a room and someone starts playing and then they build on that together. Laura is the primary lyrisist. She takes the music recorded by the band and adds words and melodies and comes back with a finished song. While they don’t have a formula for writing music, they have the most luck with one person coming up with an idea and then everyone working on it. 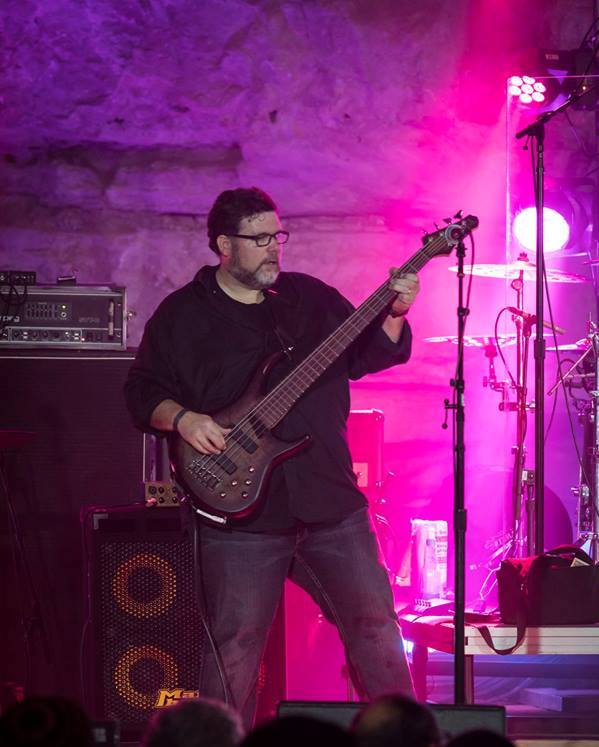 Bill recalls how they wrote the 2012 album Central of Georgia. “We arrived at an old cabin in central Georgia on a Thursday. It was literally the middle of nowhere, nothing around for five or more miles. We spent the weekend together and wrote a twelve-song record, it was ready to go in three days. Then, a month later, we went to the same cabin with a bunch of recording equipment and recorded the whole album in one weekend. It was amazing recording it in this 150-year-old cabin with high ceilings and pine floors. It just came together so easily.”

The band has been working on a six song EP that they expect to release this summer. It is a little bit of a departure for the band who is known for their long, improvisational songs. This is really a collection of three-and-a-half-minute rock songs. It reflects where they are as a now.

The band has had several guitar players over the years and each time they change guitar players, they have to step back a bit from improvisation and focus on relearning the songs. PJ is a new addition to the band and so they have been focusing on the arrangements and the songs themselves. The band has a deep catalog of both originals and covers, and it takes some time for a new guitarist to learn all of the material. But don’t think that slows them down. The band continues to evolve and grow with each new musician. 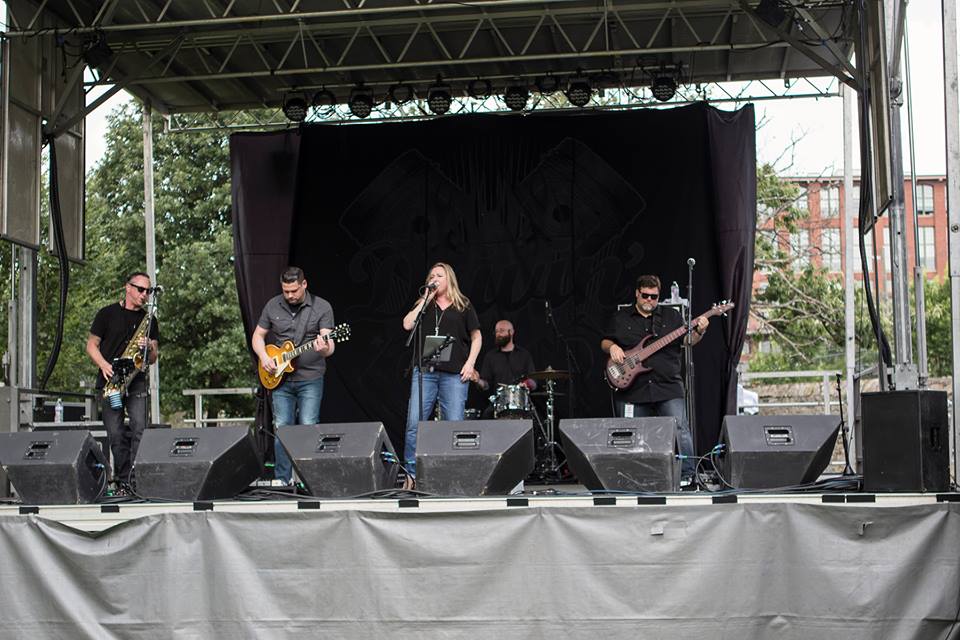 The Bitteroots celebrate their 10 year anniversary this year. Photo by Kelly Thompson Photography

The Bitteroots have played all of the major festivals in the Atlanta region including the Sweetwater 420 Fest and the Dogwood Festival among others. They have also shared the stage with Butch Trucks, Everclear, Drivin’ n’ Cryin’, Arrested Development and many other great bands and artists. 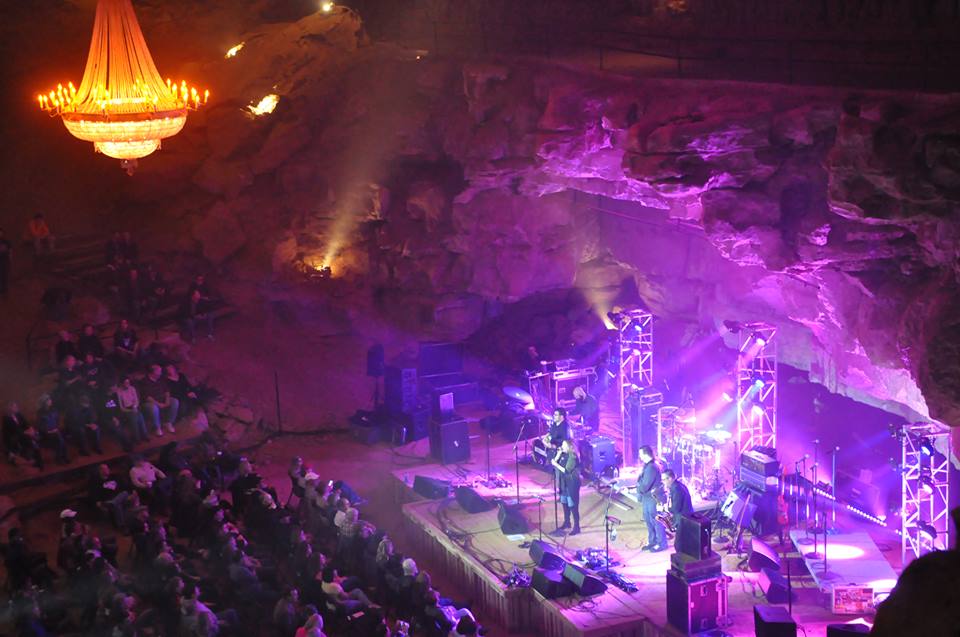 Bill recalls one of their favorite gigs was playing in Cumberland Caverns in McMinnville, Tennessee. They played for a crowd of about 800 people with Atlanta legends, Mother’s Finest. According to Bill, “It was awesome!”

The band is versatile in playing both covers and originals. When they play festivals and most local venues they primarily play original music with a couple of covers thrown in. A few times a year, primarily outside of Atlanta, they will play mostly cover sets with a few originals thrown in. Those sets can be 3 – 4 hours of non-stop music and covers range from Bruce Springsteen to The Grateful Dead to Michael Jackson. According to Bill, “What we love to play is Stevie Wonder, The Allman Brothers, Tedeschi Trucks, we do a lot of Susan Tedeschi, we love Melissa Ethridge, there are a couple of hundred covers we can do.”

This year the Bitteroots will be joining Everclear on August 11 at the Woodstock Concert Series in Woodstock, GA. This is the second time they have played with Everclear. They have a strong connection with Everclear through their saxophone player, Derron, who played saxophone on the Everclear double-platinum classic, So Much for the Afterglow. Bill says “Derron is the true rock star, he played in the band Less Than Jake. He was on the Warped Tour for a number of years and has traveled all over the world, playing big huge festivals. He is also a top-tier recording and mastering engineer and on top of that he is also amazing bass player. His influences are definitely heavier punk style music. He adds a lot of depth to our music.” 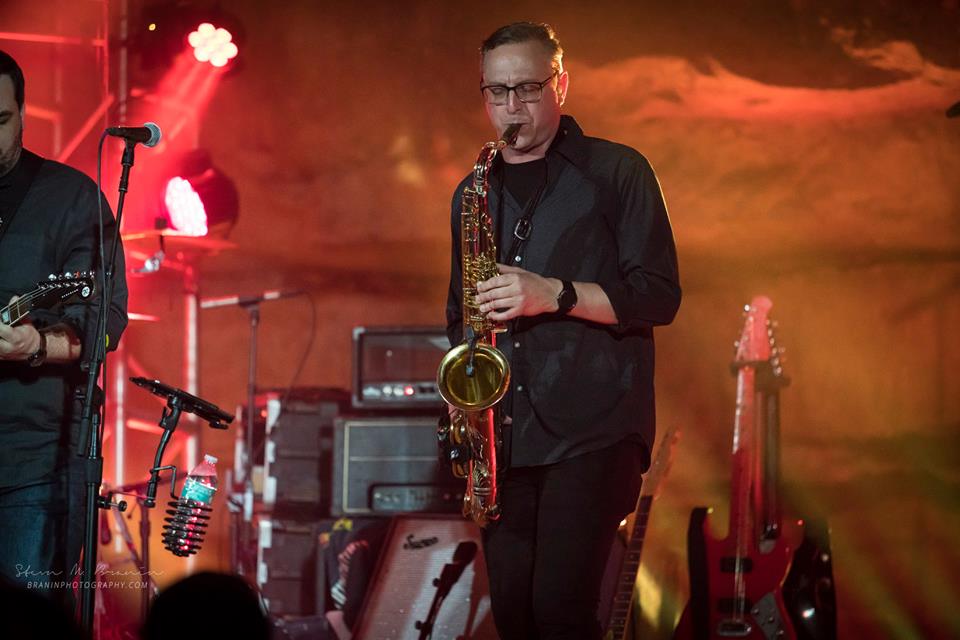 Saxophonist Derron Nuhfer was previously in Less Than Jake

The Bitteroots celebrated their 10-year anniversary this past May with a party at Eddie’s Attic where they reunited with friends and fans (and former band members) from years past.

You can find the Bitteroots at local Atlanta hot spots and throughout Georgia. Their next gig is scheduled for July 21 at The Family Dog in the Virginia Highlands.

The Bitteroots show that some Craigslist connections do not end in mug shots, but rather end up with great music, friends and now an Atlanta institution.