Industry Off The Vine, Music Industry

Industry Off The Vine: A Rippin’ Production Grows Its Rock & Roll Karma Factory 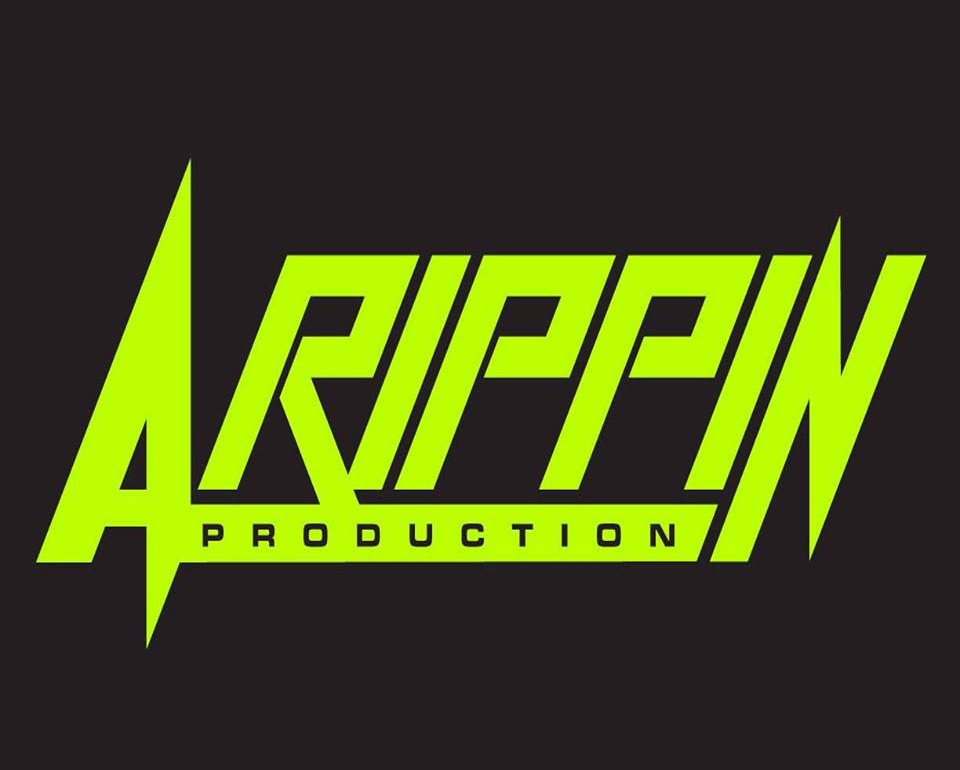 There are many hours of work required just to make even one hour of stage performance happen. Amos Rifkin knows first-hand the good, bad, and the ugly of being a road warrior gigging band musician and is using that knowledge to make the experience better through his company A Rippin’ Production (yes, the company name is a play on his own name). An Atlanta native, Amos has been a drummer since the age of 13 and by the time he was out of high school, he was not only playing across Atlanta but was also regularly touring across the country. He experienced when the process of booking shows was easy or challenging, when having expected backline sound equipment and sound checks were pleasant or frustrating, and when his band felt taken care of or taken advantage of.

Before a company downsizing gave him the impetus and opportunity to start his own music promotions company, Amos was frequently contacted by bands that he had befriended while on the road. They were looking for assistance in booking and promoting shows in Atlanta. Using the relationships he had developed as the point-person for his own band, he helped his friends while holding down a full-time corporate job. When the opportunity to start his own company presented itself, he began contacting his large network of musician friends, and over 400 shows later, A Rippin’ Production is celebrating its 4th anniversary this month.

Amos describes three core functions in any production company. (1) Booking, which includes finding matching dates for a show and putting together a bill that makes sense. (2) Promotion, which is marketing an event through all possible channels, from social media to printed flyers and (3) Production, covering the many logistics, equipment, and travel needs and steps. According to Amos, “The word ‘promoter’ can have a stigma because so many people have been doing these tasks poorly for so long.”

Amos is not only celebrating four years of success but is also celebrating a significant expansion to the company with the addition of three new team members: Mark McPheeters, Van Bassman, and Cody Martin.

“I have been laying the groundwork for four years with temporary help along the way. My vision for the company has always been for it to evolve into a diverse, stand-alone company rather than be the product of basically one person.” Amos explains.

Each show we do reflects not just on us, but also on our city and on our music scene. We want to keep Atlanta relevant and attractive as a tour stop for bands making their travel plans

The new team members not only increase capacity, they also inject new perspectives and skills. “Where I had the bandwidth on my own to only manage two shows a week to do them right, now we have four times the time and energy to do what we do. It is also great to have the group support and creative input. We just pulled off two well-received events on the same night at the Clermont Lounge and at 529, something we would not necessarily have done in the past.”

Mark is a long-time music writer and blogger. “He brings us creative communication skills and compelling ways to convey artists’ music.” Van has strong graphics skills and excels in social media strategies when he is not leading local desert rock troubadours The Buzzards of Fuzz. “I was impressed with his social media skills and how his posts were carefully crafted, specifically targeted and smartly tagged. We are already seeing improvement in our own social media engagement.” Cody is adept with documents and numbers. He recently created a database that tracks concert performance and uses this data to predict future show success and risk. “He is a long-time concert-goer and festival organizer. He ensures that along with artist and venue considerations, that the third leg of the stool – the concert goer experience – is also factored.”

Amos continues, “I have honed a role as the middleman/problem solver between venues and performers. We have new blood and new skills, but we are all grounded in a similar passion for music. The thought is that once all of us have added to and touched the process, that we will have a singular attractive product, whether that is a one of a kind event, or a unique communication solution. So, year five is about developing and institutionalizing our routines and processes so that by year six we are a well-oiled, killin’-it promotion machine.” 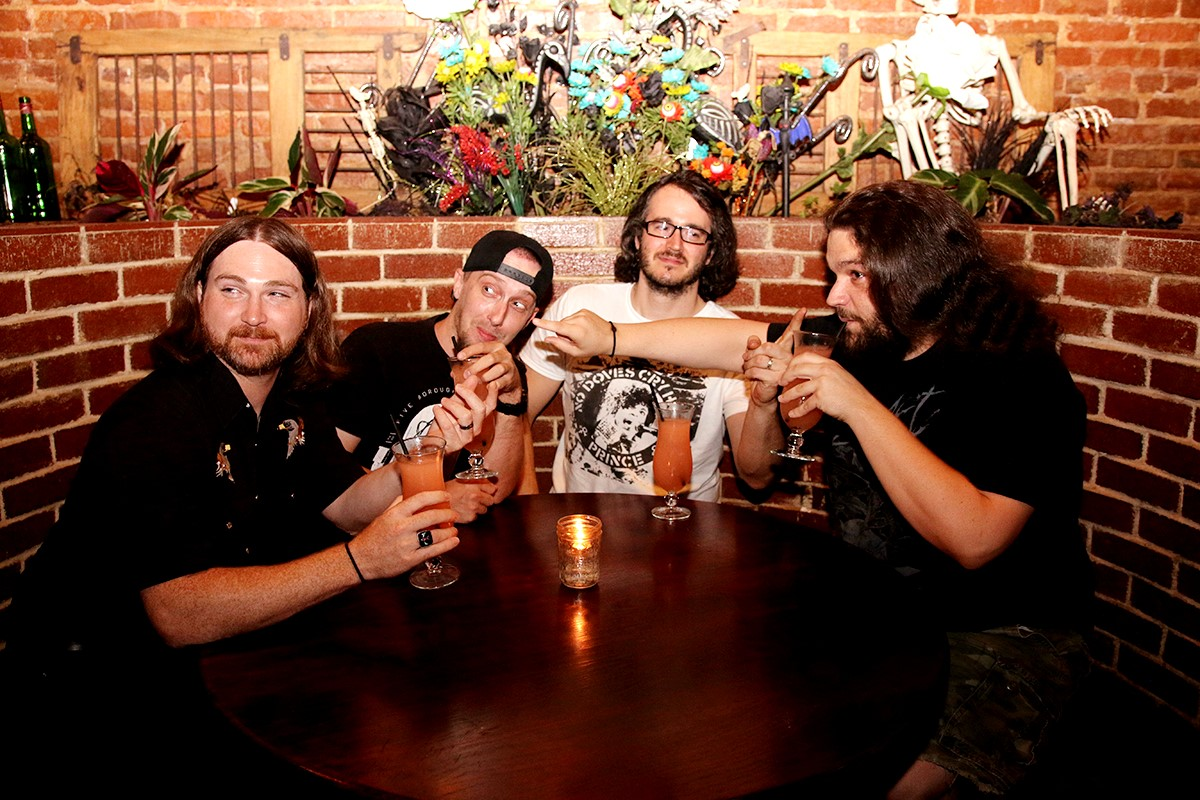 Amos says they have all chosen to work in this field and bring a passion to their everyday work. “We take it very seriously. We want it to be as amazing as possible, not just for us but for bands and patrons to have equally great experiences.”

That means keeping abreast of trends inside and outside of Atlanta. “I have witnessed the rapid growth and change in Atlanta’s music scene. Bands, fans, and even venues have come and gone. Entertainment and cultural epicenters have shifted. There has been an influx of new people from all over. We try to stay ahead of changing tastes and adapt what we do. As independent promoters, we must work twice as hard to be considered versus an act going straight to a venue’s in-house team.” The work is so much more than just transactions. They view their role as an advisor, providing a tailored approach for a band, helping them with pairings with other acts, assessing their market saturation and determining how to manage their calendars.

A Rippin’ Production is also passionate about promoting Atlanta. “It is as much about providing a good experience for bands coming to Atlanta so they will want to come back – and when they do they often have local bands join them. Each show we do reflects not just on us, but also on our city and on our music scene. We want to keep Atlanta relevant and attractive as a tour stop for bands making their travel plans.”

Amos has a philosophy that goes back to his early day traveling with bands. “We know how people want to be treated. A core value for us from the start is that our work is a ‘karma factory.’ Even if a show did not meet expectations, you cannot let a band go away empty-handed, whether it is gas in the tank, a bed and a shower, or buying up some merchandise.” The golden rule plays into their plans. “We want to take care of people, knowing how we would like to be taken care of, and we believe that it will come back to us.”

To celebrate their four year anniversary and their growing team, A Rippin’ Production is hosting a party to be held over two nights August 3 and August 4 at The Earl in East Atlanta Village, featuring performances from Sadistic Vision, Withered, Malformity, Hollowed Idols, Deceased, Savage Master, Death of Kings  and Sadistic Ritual.