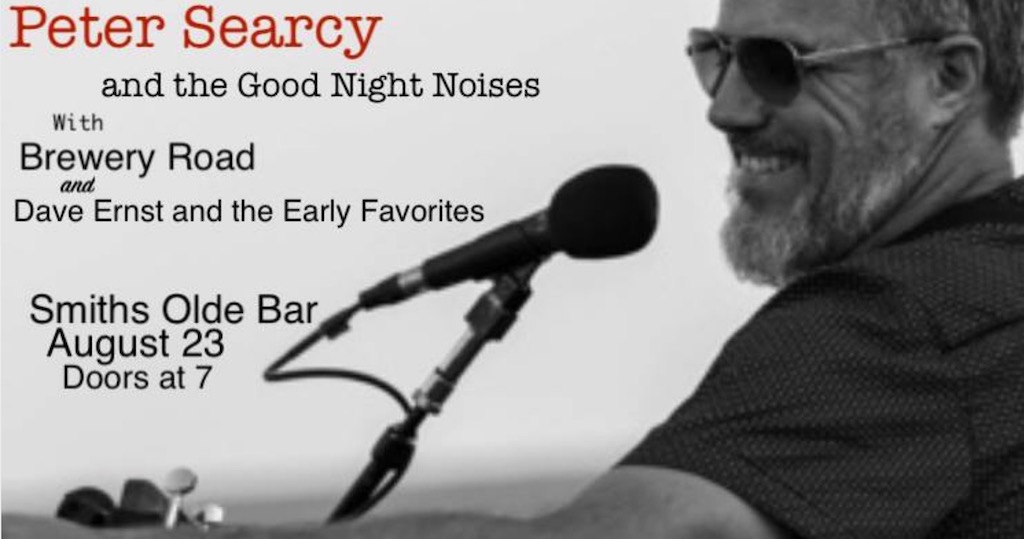 Now that we have secured our advance purchase tickets, we are going to let you in on this: Peter Searcy is playing a show at Smith’s Olde Bar on August 23rd.

This is not the first time we will see Peter play. We have seen him play a packed house at the old Roxy and in front of 20,000 people at Music Midtown. So getting to hear him perform in the intimacy of Smith’s Atlanta Room feels like a U2 pop-up show at a Dublin pub. 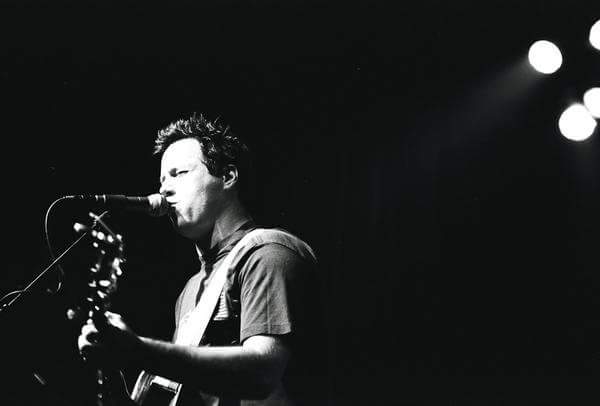 Peter, originally from Louisville, has been a long-time Atlanta favorite, and now he is an Atlantan, too.

Peter has moved between Atlanta and his hometown of Louisville over the past 20 years, but has now settled here in Atlanta and has new music to share with us – starting next week.

Peter lived in Atlanta while honing his solo music from 1997 to almost 2000 when he signed a major record deal with Time Bomb Records (once home to Social Distortion, Sunny Day Real Estate, The Offspring, and others). He returned to Louisville but two songs from his debut Could You Please And Thank You were playing in regular rotation on 99X, then nationally known for breaking new talent. Since then, Peter has continued to write and record and after relocating back to Atlanta is releasing new music.

The band is outlandishly good! They are bringing a new energy to these songs.

Peter has a skill for writing songs that take on topics of making it through life’s steps, whether winning, losing, loving, self-discovery, walking emotional tightropes, or experiencing rites of passage of the heart. While his own experiences or what he has witnessed can inspire lyrics, he is not necessarily autobiographical. “I am not writing down and putting into song everything that happens to me! I am not the best at making up vivid characters like Springsteen does in his “Atlantic City.” But I mine what has happened in my life and I have more years now to mine. I think I draw on experiences that reflect universal emotions. I have a few songs that are super important to me that are packed with meaning and have helped me through things, but the majority of my songs are cases of my trying to figure out something I have gone through or seen that other people have or will go through that can convey an emotion or reach someone.”

Even if he is writing songs of broken hearts, broken spirits, or broken promises, Peter has a knack of setting them against music filled with ear-catching hooks, upbeat backing, energetically delivered choruses, and air-guitar inducing strumming. Asked how he can pull that off, “Years ago my friend in Squirrel Bait, Ben Daughtrey, was listening to some of my music written in my early days and commented ‘I do not hear any hooks in there.’ He described what a musical hook was – no one had really told or showed me – and after that I think I ran really far in that direction! I love melodies, and I am blessed that I hear them very easily around chord patterns and they come naturally to me.”

I am still making music because I love to make music.

This result of this ability is not surprising when he mentions some of his musical heroes, as one can hear pieces of their influences even now. A big fan of Matthew Sweet and The Posies, he shares their facility with pleasing melodies and riffs. He similarly has smart, playful writing and turns of phrases like he appreciates in Nada Surf, and his longtime favorite Bob Mould comes through in Peter’s propensity to wear lyrical emotions on his sleeve. 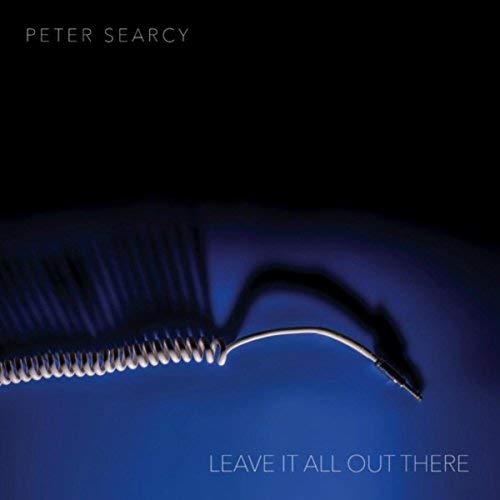 While Peter says that as he naturally has some “go-to” guitar patterns, he also has some “go-to” vocal patterns. If so, a listen through his deep catalogue does not turn up reruns or mimicry of past work. In fact, one can put all the songs in his repertoire on random shuffle with old and new work side by side and any song sounds as good as another. No possibility of jumping the shark, the later tunes may even rise above their predecessors. “In no way do I want to sound pompous, but I know that I am writing better songs at this point in my life than I ever have. I am just not in a position to get them out there as best as they could be, so not enough people may know that.” He thus plans to rerelease last year’s Leave It All Out There EP, adding his latest three new songs to it, and enlisting the aid of an independent promotor this time to boost the record’s reach. 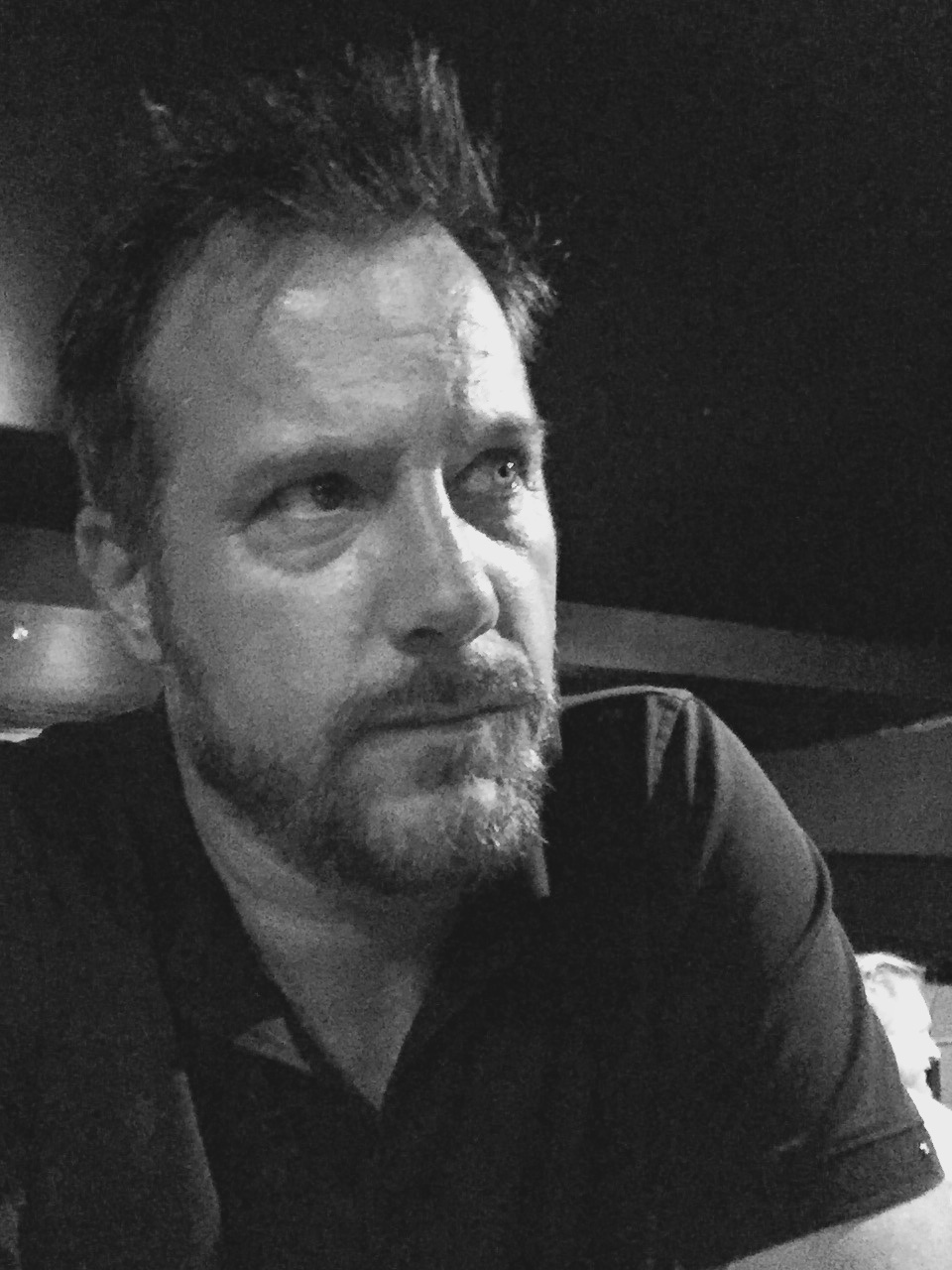 Peter contemplates whether the Atlanta Room will be able to handle all the rock The Good Night Noises are bringing.

Thursday’s show is the only one scheduled right now, but Peter would enjoy playing out more locally and regionally if plans make sense. “The band we have next week is outlandishly good! Mike Rizzi on drums. Wayne Vokovich from The Issues on bass. Fred McNeal, who plays with The Georgia Satellites, is on guitar. Brian Bisky is playing keys.” The band name, The Good Night Noises, is a reference to a line in the television series Mad Men, in which a Manhattanite transplanted to the suburbs, complains he cannot sleep because there are no good “night noises.”

“Our first rehearsal was so exciting. I have not been in a room with band of entirely new musicians in twenty years. They are bringing a new energy to these songs. At one point, Fred was playing some songs note-for-note as recorded and I had to tell him I played that way because that was what I could play, so don’t be afraid to take them a little further and make them yours. Not only are these guys so talented, but they are giving their time and talents to original music because their hearts are into it, not because there is any money it.”

Peter reflects on his music and a music career that stretches back to his early teen years. “I know there may not be the same market for my music now as previously, but there are people for whom if I put something out, they look forward to hearing it. It is nice to have chances for people to appreciate it. I am still making music because I love to make music.”

Peter and The Good Night Noises will take the stage around 8:00PM and are followed by Dave Ernst & The Early Favorites, a Louisville band whose album Hickory Switch Peter Searcy produced. Atlanta’s Brewery Road closes out the night.

Peter sums it up “There is going to be a lot of rock!”