Artist Off The Vine: Virginia Schenck/VA And The Uniting Appeal Of Jazz 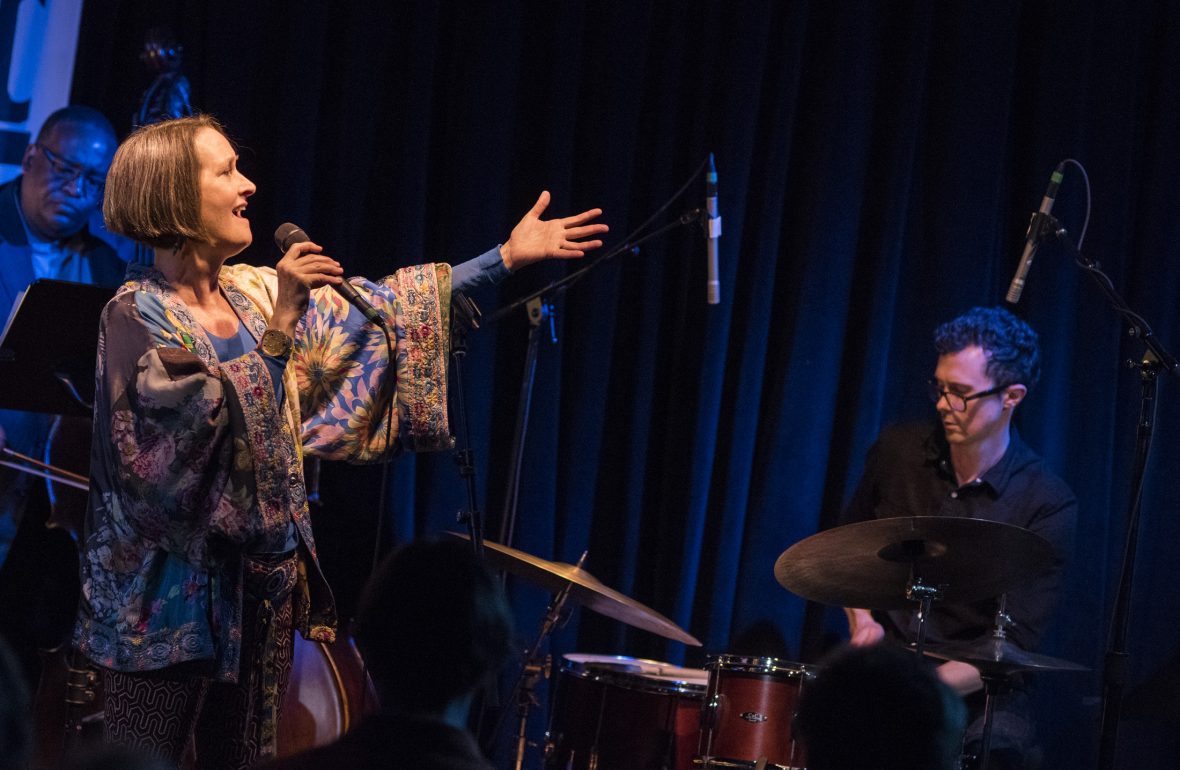 Virginia Schenck – or VA – is a master of nuance – of bringing subtlety and beauty to the music she creates whether she is covering a classic or improvising an original. Her passion is listening – to silence, music, life sounds and finding a way to bring that into her world to create something special and enduring.

Growing up in central Florida, Virginia was engulfed in music. The youngest of four kids, she was exposed to a wide variety of music from opera, musical theatre, jazz and country to the music of her older siblings like the Beatles and Joni Mitchell. Music and music making were ingrained in her life.  Virginia says, “Like most musicians, I don’t remember a life without music.” She fondly recalls her youth when there would be “six people at the dinner table, or sometimes more with friends and family coming by, it was very normal that after dinner for guitars to be pulled out and songs sung. There was always music at school and church. I was in every choir and ensemble and played the piano.”

Although she had broad exposure to many types of music and participated in multiple music genres, it was always jazz that captivated her. Despite having limited opportunities to study jazz at home, she took every opportunity to participate in jazz after her admission to Florida State University’s School of Music, augmenting her studies with extra classes, practicing with campus groups, and performing with friends. She played the piano and sang, but also realized it is difficult to make a living as a professional musician, she channeled her passion for music and her understanding of its healing power to obtain a degree in music therapy, a field in which she worked for many years.

It seems that especially in jazz, the audience encompasses rich diversity with all colors of people, all ages of people, all stages of life. Music is absolutely common ground, no matter our backgrounds, it is amazing. That is such a beautiful experience to me.

Virginia’s first job brought her to Macon, where she worked in her field by day and sought out jazz and other musicians by night. Her time in Macon was formative for her when she met Jaimoe, drummer and founding member of the Allman Brothers Band. She met him at the only jazz bar in Macon and soon learned that they shared a love of the genre. She often visited his studio and listened to his extensive record collection. She learned about how jazz is threaded throughout the great jam bands and eventually he put together a little band and asked her to join in, where she played keyboards and sang.

In 1985, Virginia moved to Atlanta. While she performed occasionally, her main focus turned to her family, raising her daughter and working in music therapy and education. She continued to improve her theory and play piano, but in 2007, she had a life changing experience that brought her back to performing.

A mission of mine, in addition to civil and human rights, is making Atlanta a better city overall. You can find great jazz North, South, East, and West. I see the West Side exploding. There is so much happening there.

In 2007, she met jazz vocalist Bobby McFerrin and started re-focusing on her own musical skills. She attended a workshop that, at the time, she thought would make her a better teacher, but in reality, reawakened her passion for performing. After returning from the workshop, she started going out and performing on an informal basis. She was encouraged by those around her to get more engaged and she started working with pianist Kevin Bales – who she continues to work with today. He encouraged her to record, and she recalls that “Before I knew it, I had people connecting me with radio promoters, to really put this out, not just for friends and family. I had so much support around me.” She has released three records since then, with a fourth on track to come out in early 2019.

Virginia’s passion extends beyond performing, to advocacy and activism. “A mission of mine, in addition to civil and human rights, is making Atlanta a better city overall. What is interesting to me from the stage is that it seems that especially in jazz, the audience encompasses rich diversity with all colors of people, all ages of people, all stages of life. We meet together on the band stand, too. Music is absolutely common ground, no matter our backgrounds, it is amazing. That is such a beautiful experience to me. The jazz at the High that happens on Friday nights, if there is an epicenter of Atlanta culture that is where I see it happen most. When I go to that event, it is all ages, stages, colors; it feels like the nucleus of the city to me.  It is really the only place I see that coming together. How do we encourage and embrace all of that and let it be that way everywhere?” Look what jazz and art do for the cultural health of Atlanta! 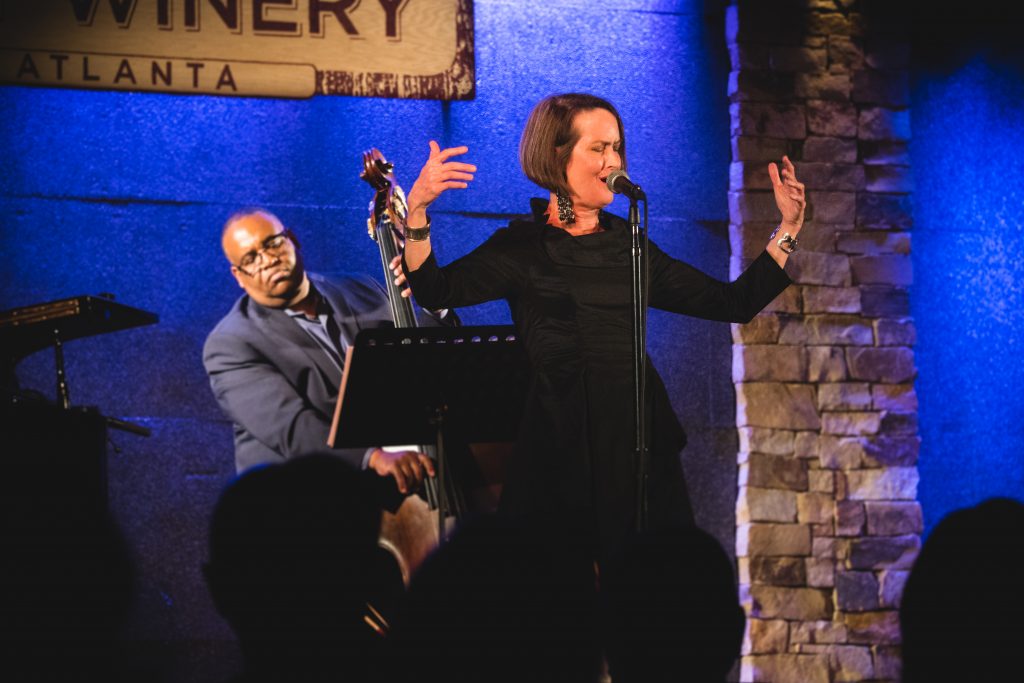 She continues, “The jazz scene in Atlanta is vibrant and evolving and changing, just like Atlanta itself.  What is a bit odd for people is that if you are just a consumer of jazz, it can be a bit hard to find, if you don’t know where to go to find it. Some of that is because the way Atlanta has developed as a city, I think. We are a major bunch of neighborhoods. That’s awesome because it gives us a lot of personality and neighborhoods to go to for different things, but it often makes it hard to find things outside of the neighborhood where you live…there is not one source to go to for all the jazz listings. You can find great venues all around Atlanta, but you might have to go outside your neighborhood. You can find great jazz North, South, East, and West. I see the West Side exploding. There is so much happening there.” 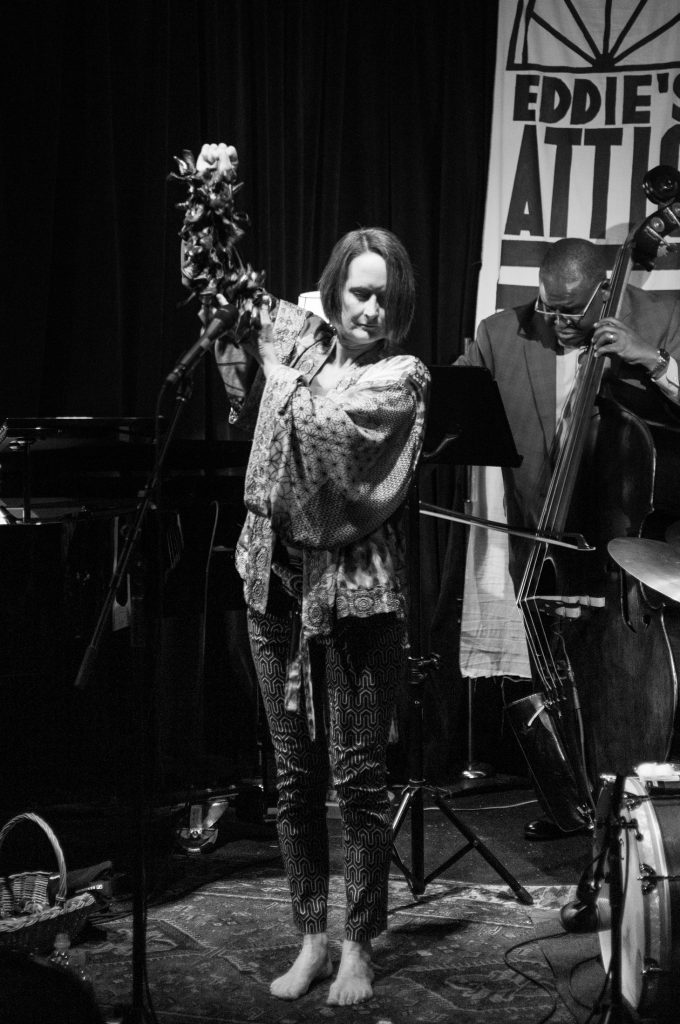 Virginia’s music is a combination of standards and originals, but while she believes that standards need to have some semblance of the original work, the moment, the audience, and the atmosphere all impact how the music is delivered and received. She says, “…the creative side of me tends to want to take a standard and twist it, that is just what jazz does, we want to re-harmonize it, rearrange it, make it fresh. It is like making art out of found objects, it makes something new of something familiar. Even if something is recorded, we may change it up based on the atmosphere and emotions of the place and time that we are performing. We never discuss it ahead of time. We just do it. It happens. That’s jazz.”

Being able to improvise and move with the music is the essence of the jazz that she and her band perform. She states, “I am blessed with the caliber of musicians that I get to play with. They can play anything you give them, and it shows how educated most jazz musicians are. There is always a comfort level when you have played together for a long time. We’ve been together eight years. My band knows that I love playfulness, they have total permission to even lead me in a different direction and not just me always being the band leader. They know I am going to love it and respond in certain ways. So that lets us all have total artistic permission. It is so fun, it is a very intimate space with profound playmates you feel like you have known all your life.”

Her influences from Abbey Lincoln to Joni Mitchell can be found woven throughout her music. She takes the essence of their inspiration and combines it with her own world view to create music that draws the listener in and reflects back onto her. It becomes a virtuous circle that results in an uplifting understanding of something greater.

On September 21, VA will be joined by her friend Phil Cousineau, a mythologist and story teller, for a special performance at the Agnes Scott College Planetarium.  Starry, Starry Night: An Evening of Song, Poetry, and Myths celebrates the fall Equinox. Virginia says “I am a nature lover and a bit of a ritualist and during equinox and solstice I feel differently, and my music needs to respond. This event is a unique opportunity to showcase my music and the stories of the stars in a different way.” The show starts at 8:00 p.m.

Eddie’s Attic will be the site of a performance of the VA Quartet on September 30. Joining VA on stage will be her core band Kevin Bales on piano, Rodney Jordan on bass, and Marlon Patton on drums. Doors open at 5 p.m.; show starts at 6 p.m. Tickets for the Eddie’s Attic show can be purchased at

Finally, VA will be celebrating the Winter Solstice with a concert on December 1 at Fernbank Science Center’s Planetarium. She will be performing with world jazz music trio Free Planet Radio (http://freeplanetradio.com) of Asheville, NC. Doors open at 7 p.m. with free food tastings from Atlanta’s Sun in My Belly and Mystic Roots Catering, show starts at 8 p.m. More information about this show can be found at www.VirginiaSchenck.com