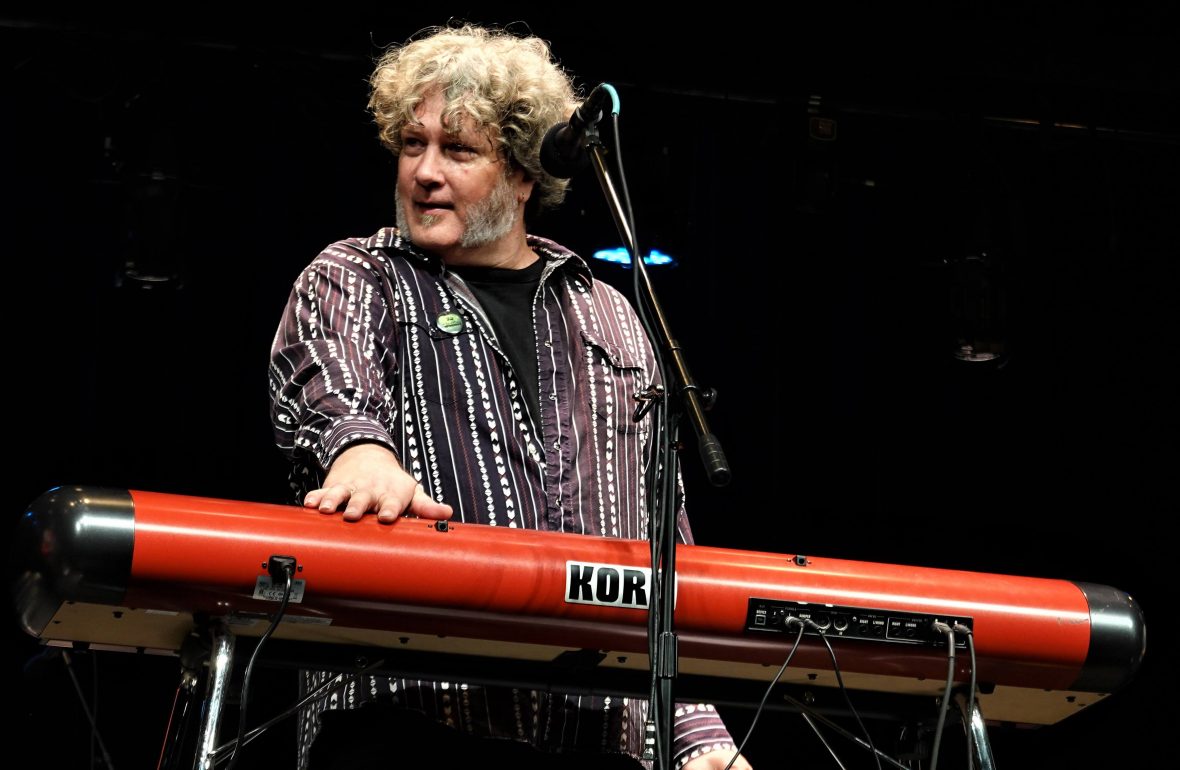 Kenny, a die-hard Beatles fan, has his own deep catalog of pop/rock songs he regularly performs; however, he was convinced by the popularity of two previous Beatles shows he led that there was an audience that appreciates the care, quality and authenticity of the recreation of some of the most memorable songs in rock-and-roll history. Kenny says “The first time we did a Beatles show, it was strictly a one-off. There was never any desire to become a Beatle tribute act. But we underestimated how much this kind of performance would touch people and have them asking for more.”

What makes Kenny’s concept special is the dedication that Kenny and all of his band members have toward ensuring a faithful, high-quality recreation of the Beatles music. The original idea for these shows harkens back to 2016, when Kenny, a fan of both Beatles music and their history, noticed that there was a lot of fanfare and chatter about the 2017 50thanniversary of the band’s Sgt. Pepper’s Lonely Hearts Club Band album, but little was being promoted about the 50thanniversary of the Revolver album that preceded it. 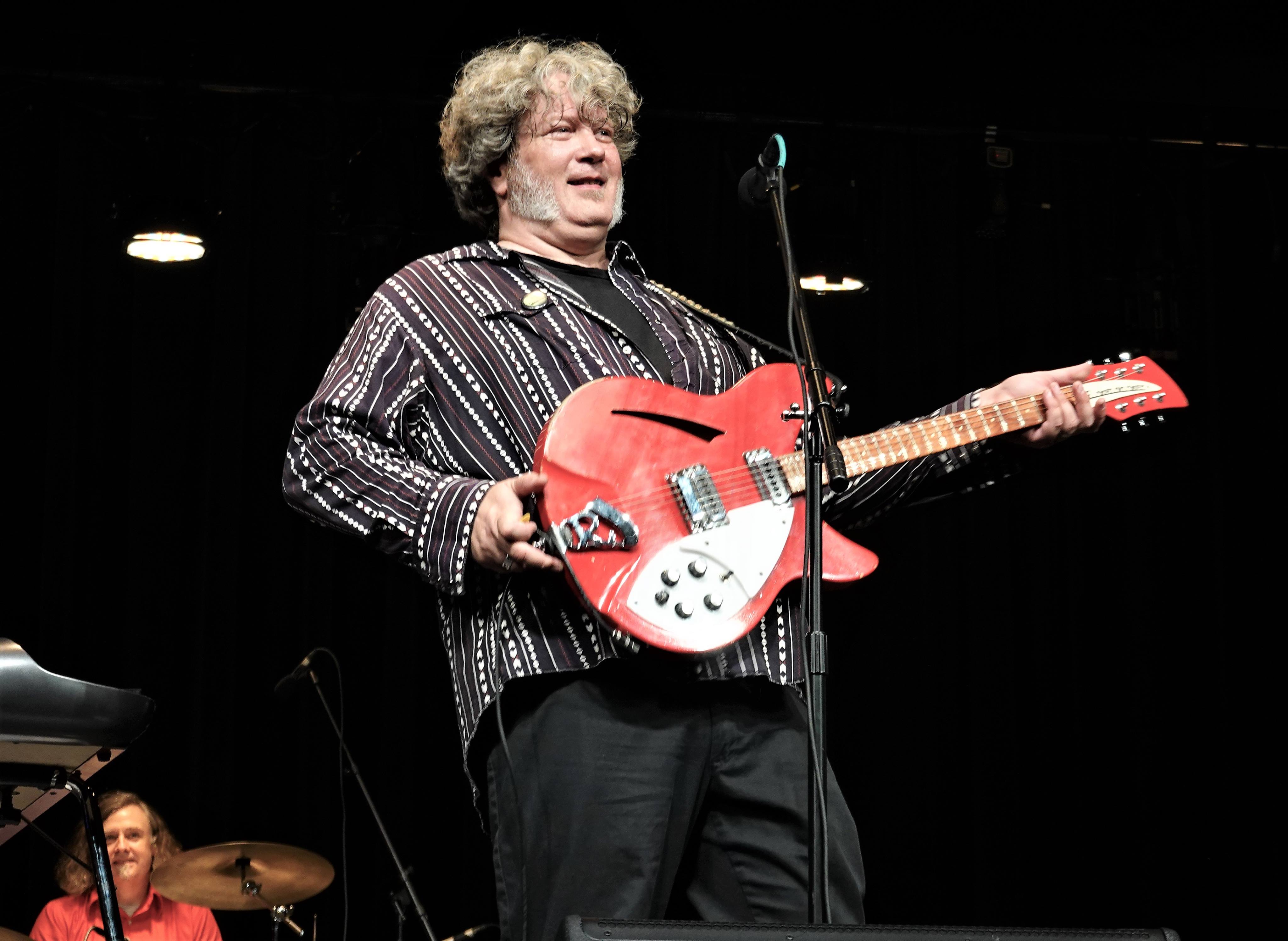 Kenny is playing quite a bit of piano in this show but, of course, he must also get to play one of his trusted Rickenbackers. Photo by Ross Albert.

Kenny had a deep appreciation for the Revolver album, “When I would tell some people my favorite Beatles album was Revolver, the response was typically ‘That one was never a big deal for me.’ I only later realized that their frame of reference was the original American version of the album which left off three tracks found on the UK release. So perhaps the real Revolver did not get as much credit it deserves in America. Kenny decided that Atlanta and Rome both needed to celebrate with a show that recreated his favorite album. The idea was to recreate the album first song to last song with all of the instrumentation and discrete vocals. They kicked off the show with one of the other hits of 1966, “Paperback Writer” and then dove into the full album. The Atlanta 2016 Revolver show sold out and people were turned away at the door.

Kenny was happy to leave it at that show, but a constant clamor followed him to repeat the triumph in 2017. Eventually, he relented, and he and the band put together a show called “Beatles ‘67”, featuring a set of the Sgt. Pepper tunes and then songs from the Magical Mystery Tour record, again start to finish and including additional percussion, sound effects, and additional instruments such as woodwind and strings. Kenny says “We did not have a 40-piece orchestra like the record. Our creedo is that we will do this as close as possible without making ourselves crazy.” 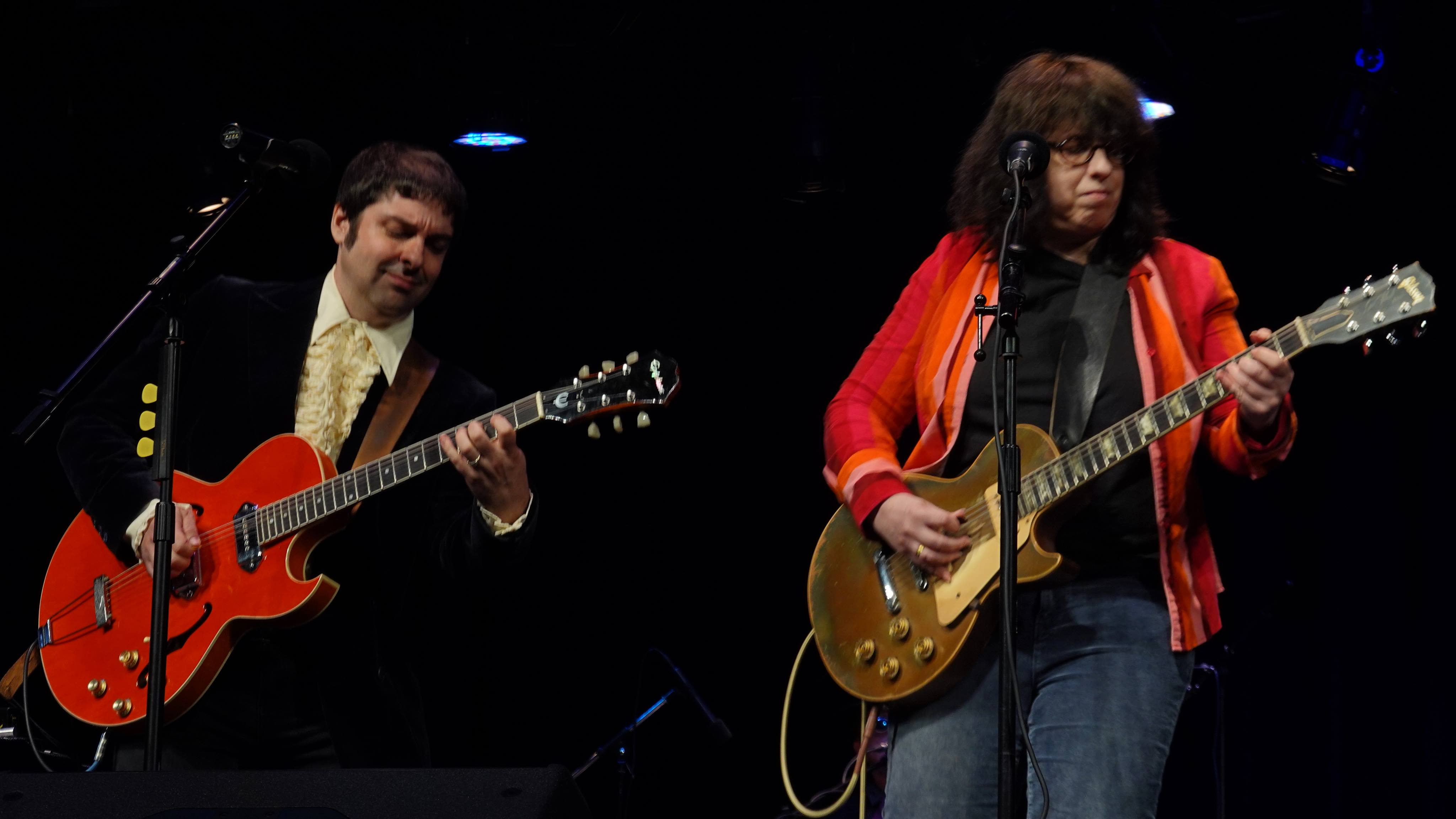 That is the approach to this year’s show. Kenny says, “We are not performing every song The Beatles released in 1968. There is so much material. The White Album alone has 30 songs, plus they put out two singles not on an album, plus the songs on the Yellow Submarine soundtrack. There is so much to choose from, so we are taking out some of the songs that may be considered less consequential, and some of the ones that are almost impossible to recreate because they are densely layered sound collages. Many of the songs are primarily acoustic, so the first half of the show will be the rock and roll set, then we take a break, then cluster together some of the acoustic numbers. Little by little we will add in the strings and other instruments. So that is liberating because we are not under some pressure as if we were doing The White Album track by track in order and thus having to transition from a song like the raucous ‘Helter Skelter’ to the next track, the very different and subdued ‘Long Long Long.’ That sort of thing would require a major roadie crew to keep from being awkward. It works as a record, but we are not micro-managing that we got the right amount of time between ‘Blackbird’ and ‘Piggies.'”

The core band of Kenny (guitar and piano) and Lee Flier (guitar), Lyle Bufkin(bass), and Kelly Shane (drums) from Kenny Howes & The Wow! plus Jason NeSmith on guitar and vocals and Eskil Wetterqvist on auxiliary percussion, are all Beatles fans and have listened to bootleg material, compared mono and stereo record versions, and reviewed scores to ensure that the music stays true to the originals with all of their intricacies. “You don’t think about how to play the guitar part in “Helter Skelter” until you have to do it, and I mean not just the chords but all the string bends and other little lead parts and how to do it while simultaneously screaming the vocals out. Then there is something like “Blackbird” which in some ways has become the “Stairway To Heaven” guitar lick for Beatles fans but everybody plays it differently – and mostly wrong! The stuff is deceptively difficult to get right, with the right feel. Fortunately, all of us are crazy about it so we will put in the time to try to get a guitar solo exactly right. “

1968 marked changes for the Beatles and The White Album highlights a shift in their music and a time of change within the band. As familiar as the songs are to fans, Kenny has been thinking through the context behind the songs and revisiting some of the backstories simultaneously taking place with the recordings, giving a chance for new reflections on the works. “One thing I noticed preparing for this year is how prominent John Lennon is on the record. The easy stereotype is that he had taken a backseat in the last half of the Beatles career. While he may not have had the instantly identifiable singles like “Hey Jude” or “Let It Be”, he did have lots of great tunes on The White Album and they all rock. Also strange is that the record is viewed as the Beatles disintegrating and falling apart, yet many parts of it are silly and light which is not a characteristic of a band breaking up.”

Originally from the town of Mulberry, Florida, near Tampa, Kenny attended Florida State University and there he met Kelly Shane, who drums with Kenny still today. When Kelly moved to Rome, Kenny followed, choosing to live in Atlanta and dive into the local music scene. By this time, Kenny had already recorded and release three albums which received national attention and reviews. If Kenny’s loyalty to Rickenbacker guitars was not a giveaway to his affinity for the Beatles, the cover art of his second record parodies the Beatles’ Second Album artwork. He formed Kenny Howes & The Yeah and quickly established a strong following. After recording a full album as a band, The Yeah broke up.  Through his fealty to Rickenbacker guitars, the company offered him an opportunity to work for them in Orange County and he took it as a welcome change. Kenny recalls, “I had made friends and connections at Rickenbacker Guitars and took them up on an offer to work there. I worked there seven years and built great, lasting relationships. Since I was 17, I have been almost exclusively playing Rics. All my favorite bands had them. They were the only guitars that made sense to me – such a cool guitar with a whole different attitude than playing a popular guitar like Les Paul or Strat.” Eventually, Kenny returned to Atlanta. “I did miss playing with Shane and when I would return to visit, we would end up playing with Lee and Lyle and so when I returned in 2012, it just gelled and the four of us became Kenny Howes & The Wow!” The band plays around Atlanta, although 2018 has been a lighter year for performing due to other commitments. This show is a rare chance to see this tight band together.

After the Beatles show, Kenny is flying to California and Huntington Beach High School’s Academy for the Performing Arts, where students are putting on their own version of a Beatles 1968 show and Kenny will serve as master teacher in residence for six weeks assisting students in their Commercial Recording Arts Department. His decision to participate in this program is an extension of a realization he had at the Revolver show. “At first I was surprised by the number of kids in attendance. It was great to see families of multiple generations – even grandparents, parents, and kids – all enjoying the same music. It bears out that the music is timeless.” Kenny emphasizes “This is definitely a family friendly environment and event for all ages.”

Reflecting on what he and the band have done with the Beatles show, he says “I never thought of doing more than the one show. We did that for a collection of songs we thought should be celebrated. This year it seemed the thing to do to keep up the tradition and celebrate the significant anniversary of this great music.”

So what can Kenny do next year? “Maybe we just do all the Beatles solo songs,” he jokes. “Actually, I am looking forward to 2023 so we can play the 50thanniversary of the red and blue greatest hits albums.”

Tickets for the show are available at https://www.freshtix.com/events/beatles-68

Keep up with Kenny Howes & The Wow! at:

For more on Huntington Beach High School’s Academy for the Performing Arts: