Event: Nuçi Pass Raffle – Be On The Guest Lists At 17 Venues For A Year And Support Local Musicians

What if you always could be on the guest list for any music show at venues across Atlanta and Athens? Without too much forethought, you see a show that interests you and basically all you and a friend must do is tell the venue you are coming and you are in. Struggling for a night-out idea? Not any more, you can pick from seeing any number of bands available to you. Does this sound like a music lover’s fantasy? It does, but it is real – at least for a year. What is more is that this deal is tied to a very special, much-needed charity benefitting and serving musicians by supporting mental and physical health with a focus on ending the epidemic of suicide. You can get your chance to win this incredible prize, but you need to act now before December 14.

For the fourth year, Nuçi’s Space is raffling its Nuçi Pass. It puts you and a friend on the guest list for the entire year of 2019 at 17 live music venues in Athens and Atlanta. The participating venues include:

Just look at that list of venues and think of all the bands that you know played there just this past year!  Naturally there are a few conditions given how many different acts interact with any club.

Go to www.nucipass.org and you will see a link to buy your tickets and Nuçi Pass FAQs Each ticket entry is only $5.00 each so you can buy plenty of tickets. The drawing will be held on December 14 live on Facebook.

With a deal this awesome, why have most of us not heard about it? Like many non-profits doing great work in our communities, the do-ers behind them are stretched. So here is a chance to tell you more about what a great resource is Nuçi’s Space and what they do. Nuçi’s Space’s vision is:

Our vision is to end the epidemic of suicide and to inspire a culture free of the stigma attached to brain illnesses and its sufferers by supporting a community-wide effort that focuses on education, prevention and access to appropriate treatment.

The center based in Athens provides a stable, caring environment where musicians can hang out. It houses four hourly soundproof practice spaces and a performance area which allow bands to have an economical place to practice and play, and they rent equipment inexpensively to those who need it. There is a library and a coffee bar. Sometimes this musician-friendly environment and the sense of belonging, worth, and value it imparts is all that is needed. However, for anyone needing additional help, Nuçi’s Space makes it easy to get treatment for depression and related disorders. Anyone requesting help is referred to off-site, licensed professional therapists who work closely with Nuçi’s Space to deliver affordable treatment. Knowing many musicians do not carry health insurance, requestors are asked to pay a nominal fee and Nuçi’s Space pays the balance. Moreover, a physician volunteers his services twice a month to see uninsured musicians with minor ailments.

The comfortable lounge are for hanging out 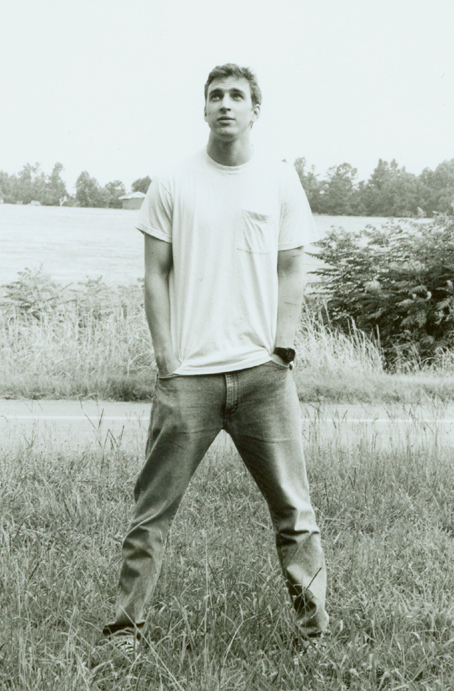 There are annual hearing exams and subsidized custom-fit earplugs through the Georgia Hearing Center, as well as eye exams and a special collection of discounted frames and lenses via Five Points Eye Care Center. Additionally, the center host Survivors of Suicide and Alcoholics Anonymous meetings.

Nuçi’s Space also runs its Camp Amped program aimed at young musicians, ages 11 to 17, who are grouped into bands and paired with mentors from Athens’ music community, who help them come up with a set list, learn their songs, and play their own showcase at the end of camp.

This incredible asset was begun at the direction of the Phillips family of Atlanta. Nuçi Phillips was a talented musician and student at the University of Georgia. After a long battle with depression, Nuçi killed himself at the age of 22 in 1996. The family formed the Nuçi Phillips Memorial Foundation in his memory and the Foundation established Nuçi’s Space in 1999. 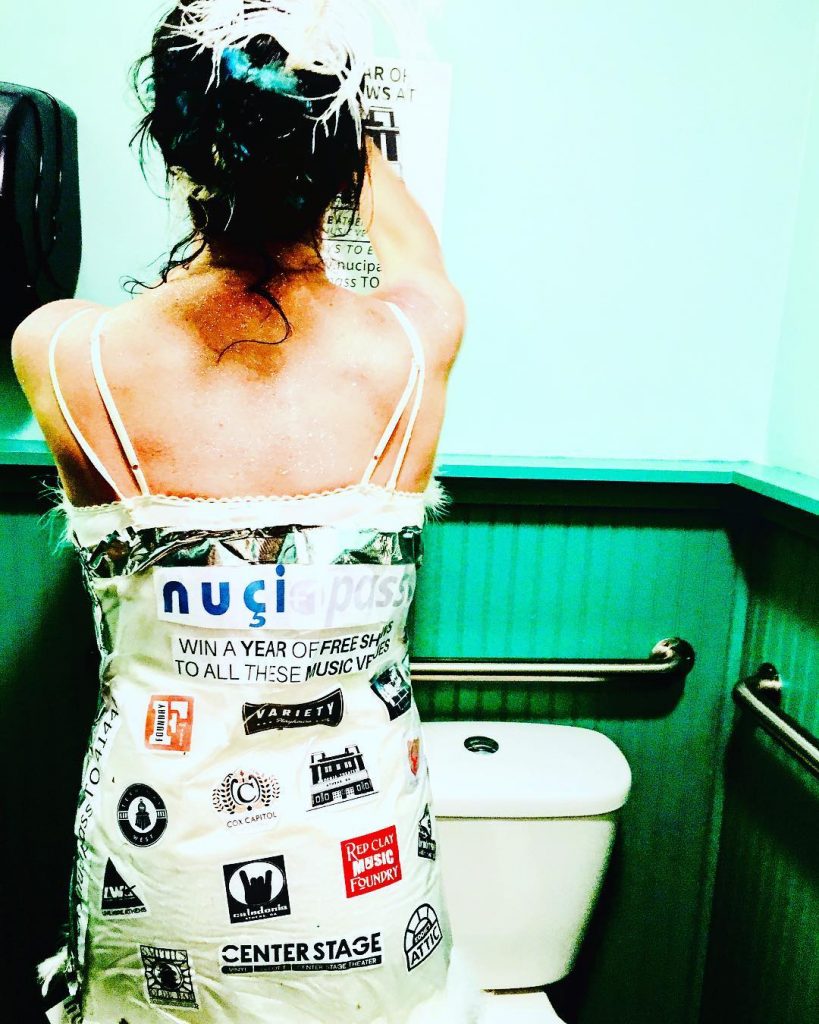 Nuçi Pass ring leader Kristie Green is a tireless champion for the annual raffle she started, even creating this homemade dress she dons to hang flyers in venues across Athens and Atlanta

It is important to note that while their center is located in Athens, Nuçi’s Space services are not limited to those in the Athens area. If anyone wants to talk to someone at Nuçi’s Space or ask about receiving help, everyone is welcome.

The Atlanta and Athens music communities have long shared a synergic relationship and the enthusiastic backing of venues participating in Nuçi Pass has been strong in both areas. Kristie Greene of Nuçi’s Space came up with the idea for Nuçi Pass. Each year the raffle has grown as she has cold-called and reached out to musicians and venues across the area and they have responded with immediate support. With so many venues participating and given how many live shows they all put on simultaneously, the Nuçi Pass winner is probably confined only by the laws of physics, or at least by time, as to the number of shows she or he can enjoy. Kristie reports the 2017 winner reportedly went to 68 shows, while the 2018 winner has seen half of that at 34. Yet, even half of 34 would be an awesome deal. Or go for a new record yourself! So go get your tickets now for yourself or any music lover you know. If you have any questions you can reach Kristie at kristie@nuci.org

After getting your raffle tickets, check out Nuçi’s Space at www.nuci.org. Buy some of the products on their site. Tell friends whom you might think could avail themselves of Nuçi’s Space. Every year, December is the month with the greatest number of suicides, and suicide and depression are topics that still do not get talked about enough. Nuçi’s Space, with its welcoming environment that makes it easy to get help, is a real blessing for the Atlanta and Athens music communities. Support Nuci’s Space and you are also supporting our local music.