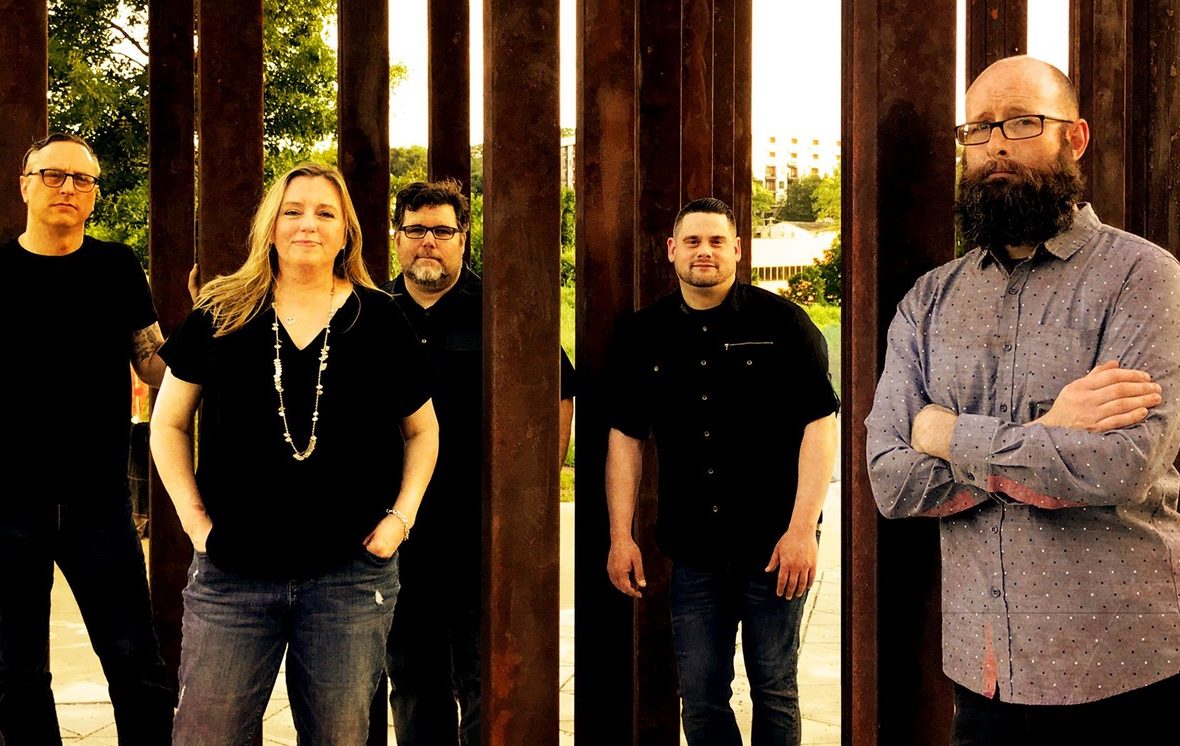 Fans of the prominent Atlanta-based band, The Bitteroots, will have the opportunity today to listen to fresh new studio material. The new EP, Derailer, is the band’s first recorded material since 2014’s Under the Big Sky and promises to present the sound evolution of a band soon celebrating its 11th birthday. 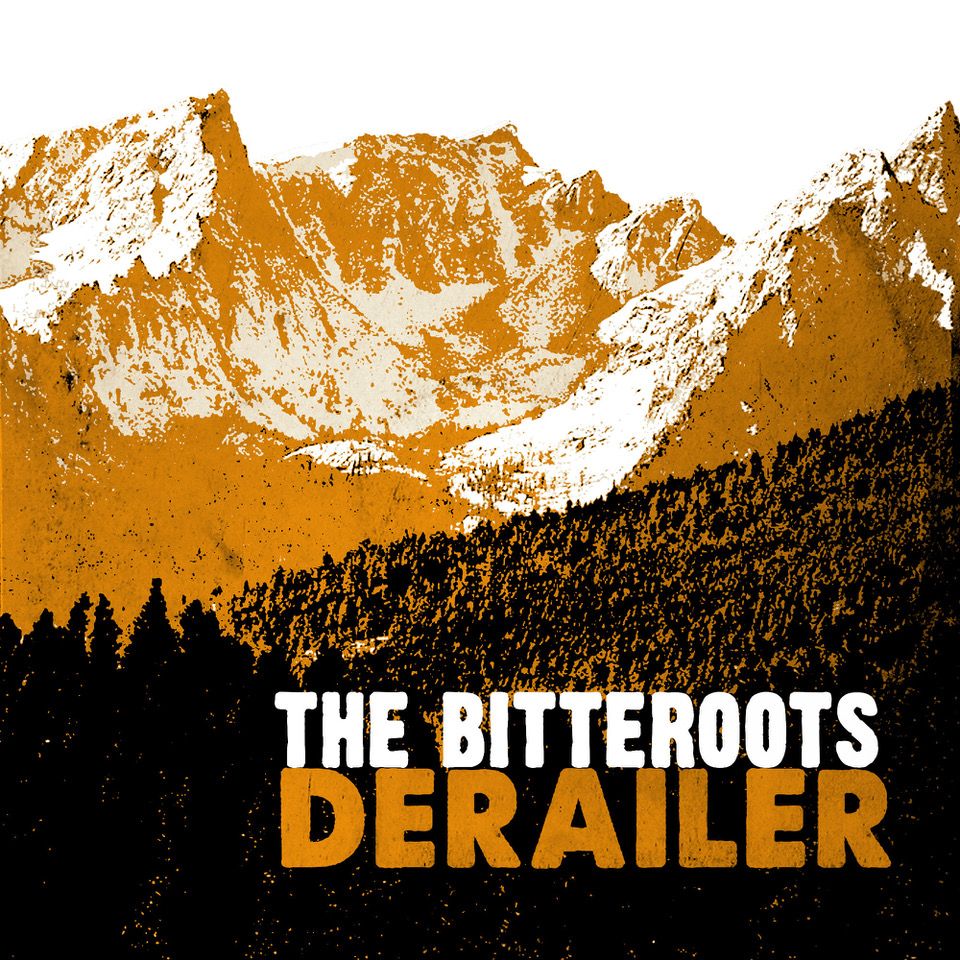 Bill Taylor says.”We collectively came up with [album name] ‘Derailer’ after about 10 minutes. It just looked like a great name.”

When asked about the gap between recordings, Bitteroots bassist and founding member Bill Taylor said: “As fans know, the last few years have seen some personnel changes in the band, particularly with guitarists. Finding just the right fit in a bandmate and then integrating the person into the band takes time to do it well.”

After landing with new guitarist PJ Poellnitz, the band knew that he would be a great furtherance to the sounds from previous guitarist, Greg Sims. Greg was relocating, but the band wanted to make sure he was part of this project, together with PJ. Bill continues, “There still was a lot of good work that had been done through those transitions and it was time for us to put a stamp on it. A couple of these songs have been played out for a couple of years, others are quite new.”

This record definitely has a heavier sound than our previous work.

Most of the record was tracked in the summer of 2018, and then Derron Nuhfer, saxophonist/producer/master of all things audio, spent autumn working on overdubs, mixing and mastering. Typically, the band takes off from performing live from November to January, whether to write or simply rest before embarking on the road, and so they waited to release the new EP just as they are playing live again in 2019.

The EP title comes from the collaboration that is characteristic of The Bitteroots. Bill explains, “When we were coming up with ideas for titles, we had a list of 40-50 names. As we were going through them, it turned out none of us liked any of them. So we all got into a room, and collectively came up with Derailer after about 10 minutes. It just looked like a great name.”

One of the band’s strengths is to absorb personnel changes and use the changes as opportunities to explore new musical forms, highlighting new member instrument talents. Also, as musicians very skilled at improvisation, even older material can evolve, and the record captures some of that development. “Some of these songs are four years old, and have now been played by three different guitar players, so there’s been a good bit of transition and evolution of these songs. I think for people that are familiar with our previous work, they’ll find that this record definitely has a heavier sound than our previous work, and that has carried over to our live shows.”

The opening track “No Demands,” released earlier in February, demonstrates that transition to a heavier sound. From the introductory notes, the song’s signature lick announces itself with authority and drive and the punchy energy continues for three and half minutes. It is a new favorite among the band, but the music was different at the song’s birth.

Bill talks about writing it: “I was sitting in practice one evening before the guys got there, and was noodling on some ideas and riffs. I came up with something that I thought sounded great. Our guitarist at the time, Greg, walked in a short time later, and I asked him to listen to what I had come up with. He sat silently as I played the riff and the first part of an arrangement that I had worked up. I finished, and he said, ‘So looks like you just wrote a Gov’t Mule song,’ pulling out his phone and playing this song from Gov’t Mule. I realize I had subconsciously absorbed and inadvertently ripped off this lick. Together, Greg and I rewrote the opening lick, creating a quick arrangement and chord progression. We then sent it over to Laura for lyrics and melody, and the song came together really quickly after that. I think we played it out live maybe a week after that.”

“Let’s Go” and “No Place to Go” follow with similar bursts of contained energy. Vocalist Laura Dees never needs to lengthen a song to work up to a crescendo. Laura immediately delivers raw, taut vocals yet exudes control through her broad singing range and skilled vibrato.

“Souvenirs” brings down the tempo just slightly but allows for additional interplay between PJ and Greg on guitar and Derron on sax in the song’s solo section. “The Other Door,” like “No Demands,” starts off with another machine-gun guitar/sax lick, follows with a rapid-fire, impelling chorus before breaking into a blistering guitar solo from Greg.

After hearing five tunes that rock, one after the other, the EP closes with “Upside Down.” It slows the tempo just a bit. The instruments are spaced further out in the stereo field and pulled back just enough to where Mike Davis’s drums are highlighted in the mix, underpinning Laura’s vocals. It is a compelling way to round out a winning record, pleasing from beginning to end with no filler.

This record epitomizes the musical growth of the band and demonstrates their ongoing relevance. They are rightfully proud of this new effort. Laura opines, “These songs really represent where we’re at as a group and capture our sound at its best: raw, emotional, unbridled and enthusiastic. It is hands down our finest work to date.”

The record release kicks off a busy spring for the band. Among their scheduled live dates are two big Atlanta events. Saturday April 13, 2019 The Bitteroots will join Mavis Staples, Jeff Tweedy of Wilco and Kevn Kinney of Drivin’ N’ Cryin’ at the Amplify Decatur Music Festival on the downtown Decatur square. Saturday, May 18, The Bitteroots along with various musical friends will put on two very different performances at Eddie’s Attic to celebrate The Bitteroots’ 11th birthday. 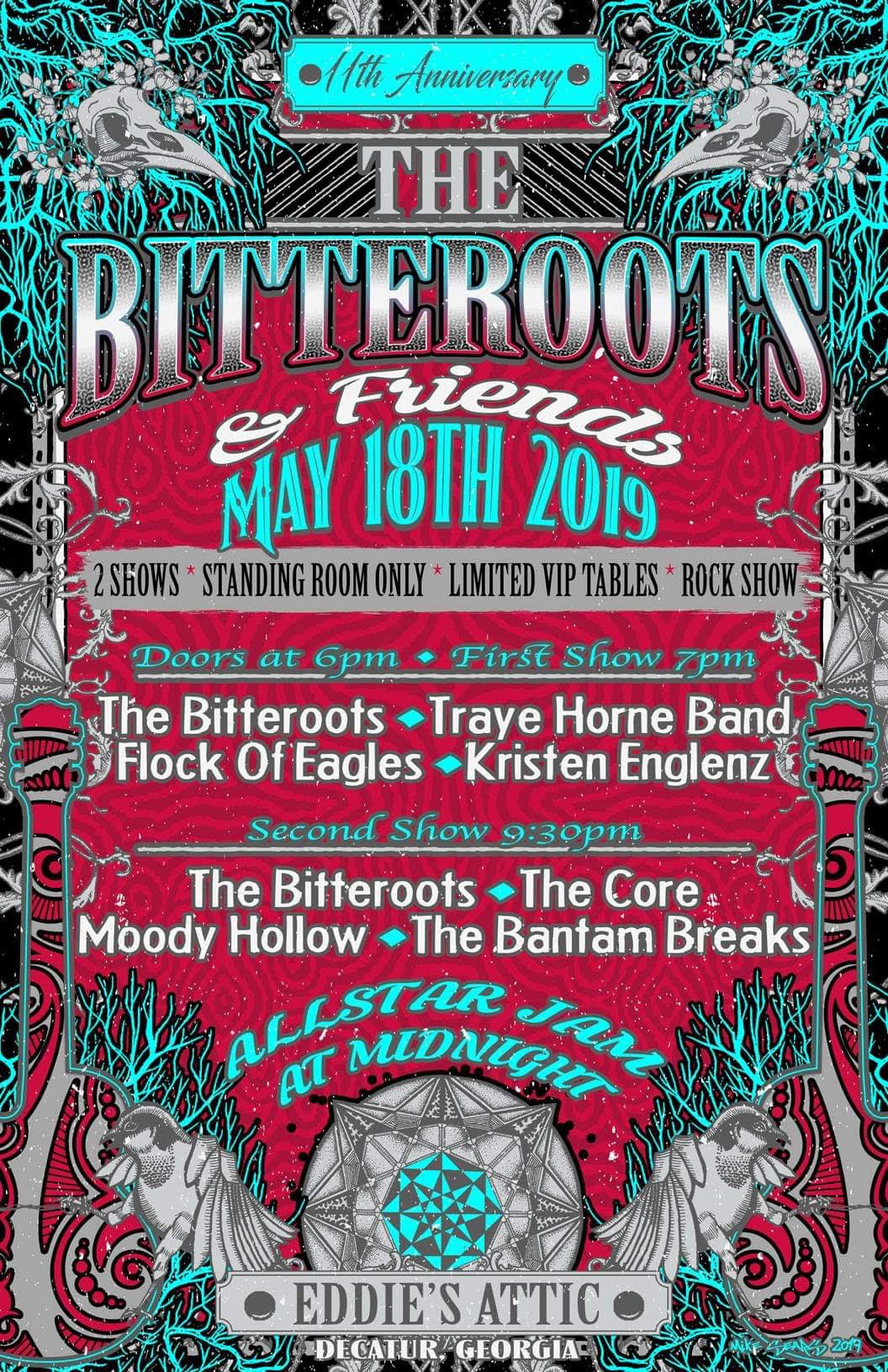 Derailer is available for physical purchase at upcoming Bitteroots shows, in addition to its availability on all major streaming platforms. If you’re interested in learning more about The Bitteroots, check out these previous stories.