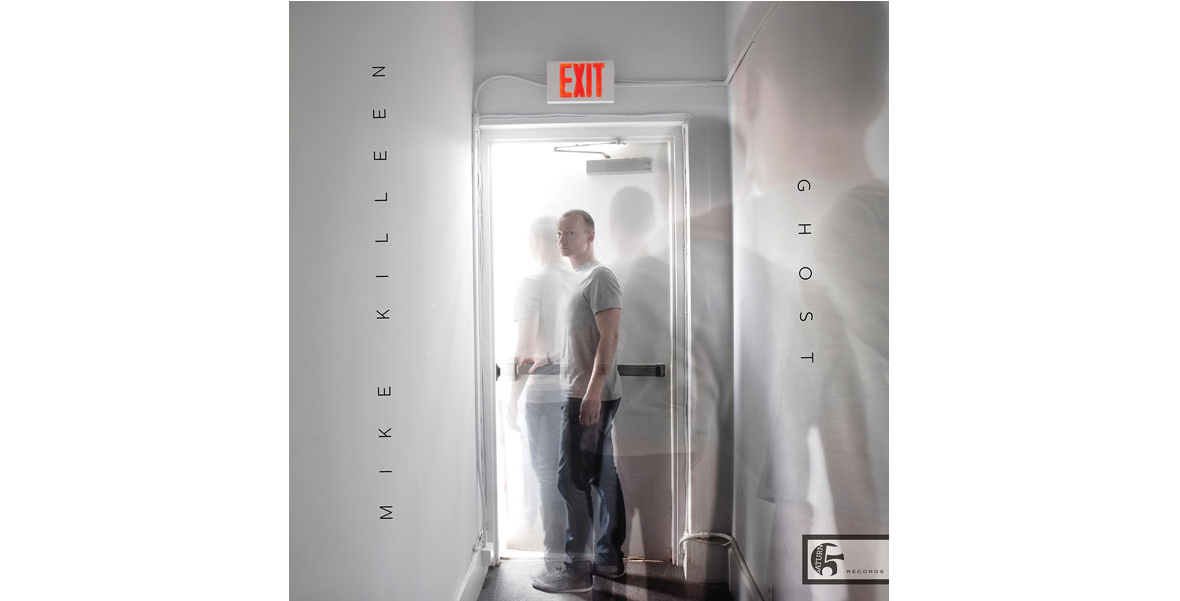 Mike Killeen’s latest album ‘Ghost’ is filled with nine fresh, heartfelt, instantly-likeable songs. There is no haunting specter lurking here. Mike says “The title is not directly linked to the songs, even though many of them are about memories. ‘Ghost’ just seemed like an interesting word. I certainly thought of it as looking forward, not backwards – like something that always will be, not simply something that used to be.”

Mike combines a mix of country, folk, rock, and an Americana sound not tied to a single geography, which is part of his music’s broad appeal. An Uncle Tupelo/Son Volt/Wilco influence is definitely present throughout the strummy record, but there are also overtones of Minneapolis’ The Jayhawks, Toronto’s Blue Rodeo, and the Southern-tinged pop sensibilities of Will Kimbrough or Atlanta’s own Right As Rain.

Who better to help Mike wrangle all these sounds than Ken Coomer, founding member and drummer for Wilco and its predecessor, Uncle Tupelo. These bands have been important influences for Mike for years, and the chance to record with Ken at his Cartoon Moon Studios in Nashville was not only an unreal collaboration for Mike as a fan, but he asserts it sonically and structurally shaped the record in unique ways. Mike comments, “I’ve been a fan of Ken’s for years. He has played with some of my favorite songwriters – Jay Farrar, Steve Earle, Jeff Tweedy – so working with him was very meaningful. Now, I appreciate his production work even more than his drumming. He helped me develop and fulfill a vision for the songs on ‘Ghost’ that I would not have arrived at alone.”

Mike Killeen can take you to that place, the place of a lost love, that yearning we all have for someone, or he can paint the picture of human loss, that deep line that runs between life and death. - Ken Coomer

As Mike, Ken, and executive producer Richard Lenz began talking through the guiding concepts for this record, they agreed they were going to blow by the idea of a singer/songwriter record. ‘Ghost’ sounds like a band record. Mike is joined by Joe Garcia on lead guitar, Ted Pecchio on bass, and Ken on drums, and the unit captures songs that sound very live.

It is not necessary to know much about Mike or already be invested in his music to immediately take a shine to this record. The song structure philosophy Mike and Ken chose – serving each song over soloing and pushing melody over unnecessary adornment – still has a focus on sonic depth, with interesting layers in every song. The overall effect is one of great balance, a cohesive mix, with music and words upfront rather than any detours focused on any one player. Across much of the album, there is a gentle wash of delay, reverb, and tremolo, giving it an atmospheric, ethereal quality and vocals that feel both big yet intimate. 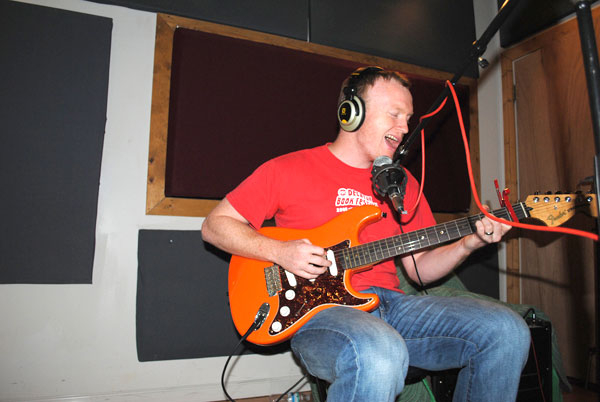 Mike plays many of the instruments on ‘Ghost’ including acoustic and electric guitars, piano, and harmonica

Most songwriters and performers would be happy to have one song of the caliber of these nine. Here are just a few of the highlights.

On the first single released from the album in May 2019, Mike and the band immediately set the blueprint for involuntary toe-tapping and furtive rhythm air guitar playing with the first song “She Called Me Last Night”. The strong musical hook sounds both happy and hopeful. The second song “Radio (never let go)” is a one-two punch in the same folk/power-pop vein. The album opener also name drops “radio” in its lyrics. Interestingly, the concept of the power that radio once wielded is now charmingly anachronistic, but here it suggests a timelessness that these songs could be hits on 1980s college radio, as openers played on the PA before a 1990s Gin Blossoms show, selections on any early iPod playlist, as well as streaming favorites today.

The current single “Siren Call” shifts instrument focus from guitar to an upright piano. At first, the word play on emergency services suggests the tune might take a turn to Ben Folds witticism when Mike’s stark wordplay make us imagine a serious cry for love “I would set myself on fire to make you burn for me like I burn for you.”

“You Ain’t Settling Anymore” starts back the rock with bass and drums hooked into a driving, primal beat. Mike addresses a woman who has made it to that proverbial ladder rung, enjoys it benefits and refuses to go backwards, even if a little jaded by it all.

It must be so hard traveling the world

Expecting the best, such a top-shelf girl

Then in the chorus:

Must be a drag always needing more

Whether the character is fictional or not, we all know someone similar. The rumble of bass, drums, and layered guitars brings to mind that resolute grit and hard outer shell of a fighter finally enjoying her due and rebuffing the idea of anything less. Then as the song marches to its end, the two guitars intertwined in echo and tremolo begin to feedback. It is as if the recording can barely contain their cool wail. 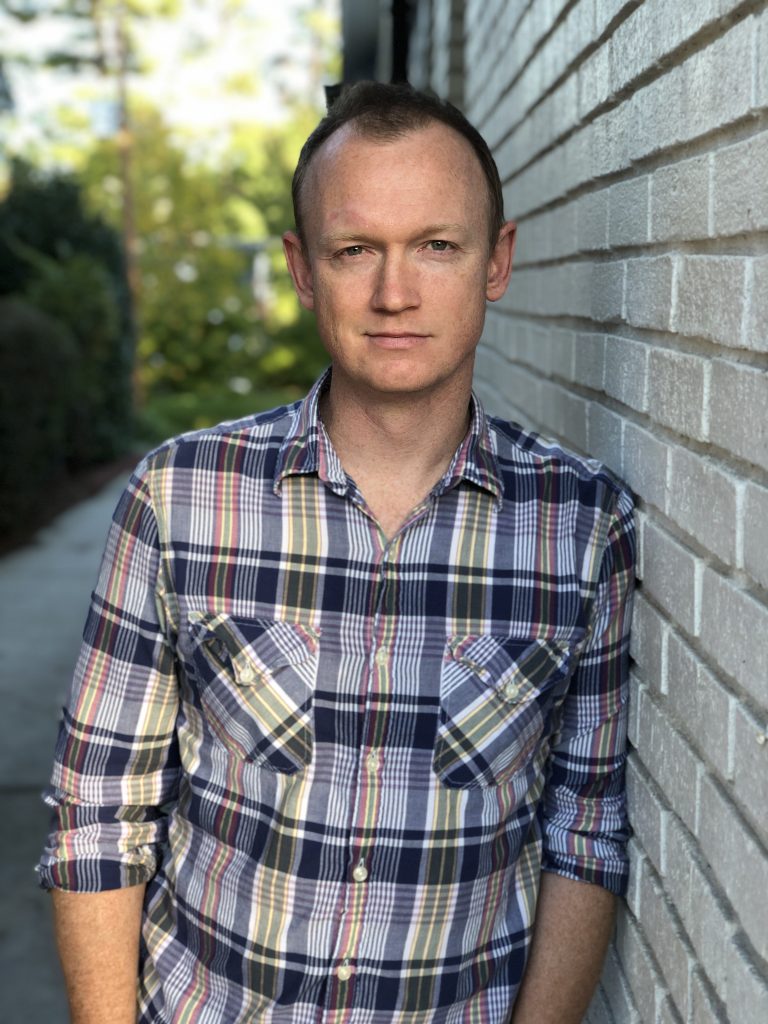 “Total Nonsense and Drunk” is another rocker. The guitars are bigger, more overdriven. The kick drum and cymbals propel the energy. A special treat is the fuzzed out harmonica that trades parts with the guitars. It conjures an image of a 1970s blues rocker playing “When The Levee Breaks” through a bullet microphone into a vintage guitar amp. The longest song on the record, the listener is glad Ken let the tape keep rolling to capture it.

“Searching For An Angel”, my current favorite, couples a pretty melody with lyrical imagery and wordplay in great lines like “she could set an ashtray on fire” and “heartache has an accent all its own.” The many examples in this one song and throughout the rest of the album illuminate Mike’s ability to paint vivid images with his verses that remain open to the interpretation of the listener, a quality of the best written songs. These lyrics have an earnestness that evokes hopes longed for, lessons learned, and dreams believed in. In a unique juxtaposition of words, the line “Daydreams don’t move mountains like they used to” immediately resonates with meaning, even when hearing it for only the first time. In the chorus, the line “a promise from an angel that everything is still alright with love” could be a plea from a fragile heart before falling headlong into love or a cry for assurance that compassion is still the answer in a polarized world. As written It could be either – or neither. The beauty of Mike’s song writing is that I get to make the meaning mine. 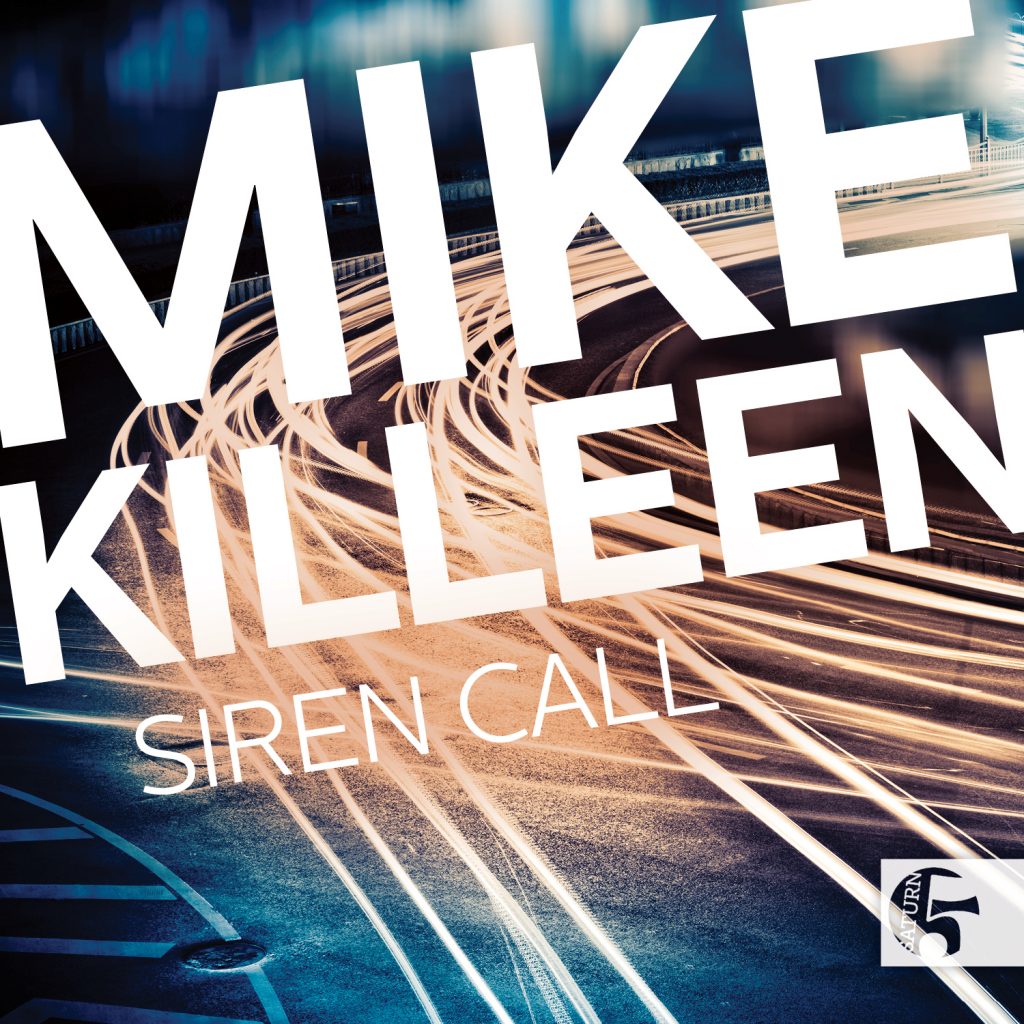 “Siren Call” is the current single off ‘Ghost’

The closing song on the record is “Decatur Cemetery (Section 14).” The dry and clear mix begins with just Mike and the piano. His voice even waivers and cracks ever so slightly, and this authenticity serves to hold the listener’s attention. With lyrics like “Ask yourself what it all means,” the song suggests not waiting until it is too late but sharing those inner thoughts and needs now. “If I die, or should I lie, you will know what I wanted from you.” The addition of strings sweetens the yearning message and the marching beat of a snare drum joins in, suggesting the formality and finality of a burial ceremony. It feels like a poignant, somber moment until one realizes that day in the cemetery is far off and things can change. This song belongs at the end of the record, and it brings you to a different, contemplative place. Ken Coomer says it well, “Mike Killeen can take you to that place, the place of a lost love, that yearning we all have for someone, or he can paint the picture of human loss, that deep line that runs between life and death.”

While there are different influences and song styles among the nine cuts, there is a comfortable common binding to them all. Mike offers variety without yanking the listener across jarringly disparate sounds and structures. ‘Ghost’ is the kind of record you want to hear in its entirety when you have a long, uninterrupted stretch of road ahead. You will gladly lose yourself for 36 minutes in that place Ken describes.

You can stream Mike Killeen’s ‘Ghost’ through various services using the link below: