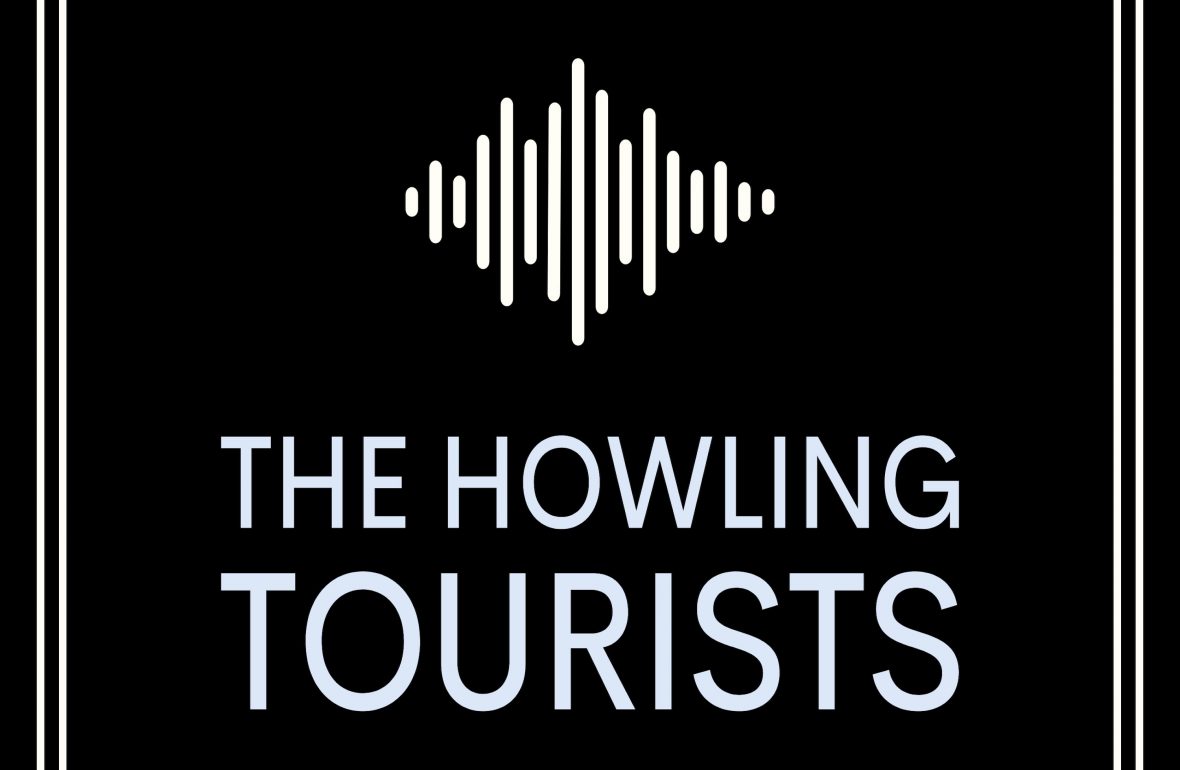 The songs included on the five-track collection were written over a two-year period. The drums for all but “Long Road” were tracked in Mike’s office, during the July 4 holiday last year when no one was around. “It was nice because it was a big open room with a really high ceiling and a big sound. Thereafter, I worked on some guitar parts in that office on occasion, but didn’t get a whole lot more done there. This spring I started again working in earnest on the project after moving my recording gear to my band’s rehearsal space. That’s where I tracked all the vocals, bass, percussion, key parts, much of the guitars and drums for ‘Long Road.’”

The EP, released almost exactly a year from its beginning, is an exploration of not only Mike’s interest in songwriting but also in production and engineering. Mike played and sang every part on the record himself — from guitars, bass and keys to drums and percussion — and recorded and mixed the project as well.

While Mike is well-known for his drumming skills, he usually writes music on guitar. “A song can start with a kernel of a vocal line with a melody or fragment of a melody, and I sit down and start working out chord changes around that line. Other times it may start with me fiddling around with some chord changes and trying to fit an interesting lyric around it.”

When asked what prompted him to make his own record, Mike says, “I’d had these songs laying around for a while, and they don’t really fit the vibe of my regular band. I wanted to do something with the songs to make them finished productions — more than just demos. So, I decided I’d do an EP. I honestly had thought it would be finished by the end of 2019, but that didn’t happen the way I thought it would. You know, you just get busy with other things, and I always thought of this as kind of a way to fill time when I didn’t have other projects happening.” 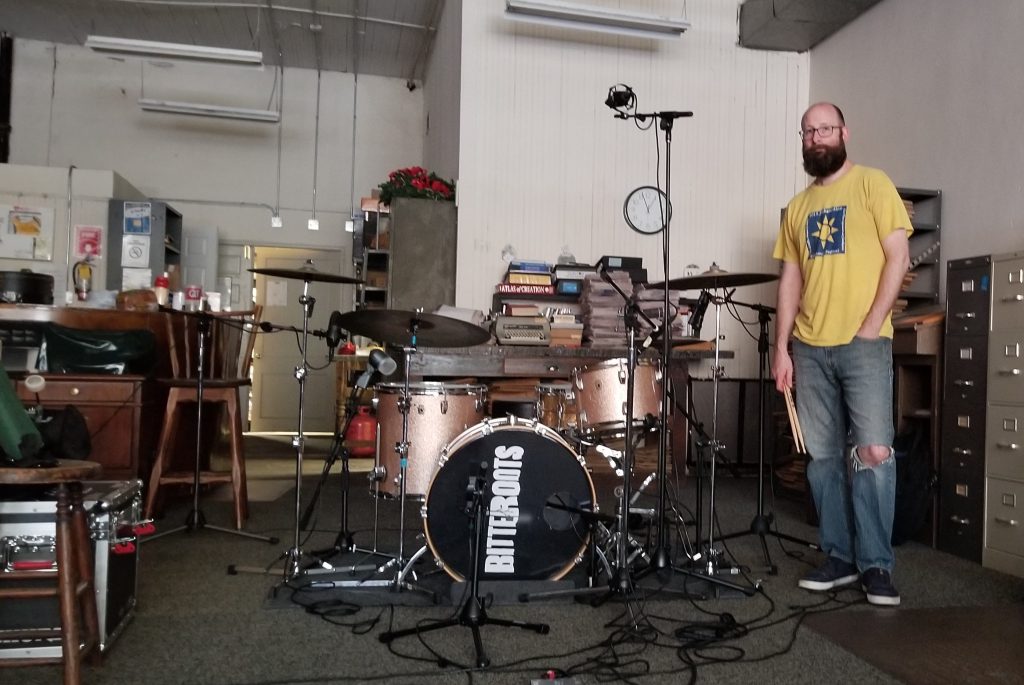 Mike played, recorded, and mixed all parts of The Howling Tourist EP himself, including spending the 4th of July 2019 in his office laying drum tracks

Fast forward to the spring of 2020, with gigs cancelled, rehearsals called off and even group recording projects put on the shelf amid the COVID-19 pandemic, Mike poured himself back into what he would later name The Howling Tourists. Mike explains, “I’d known for a long time that I didn’t want to just call it “Mike Davis” or say it was Mike Davis’ solo record. I wanted to give it a name and identity of its own. Because it has its own identity, there’s nothing, say, that would preclude contributions from others, just as an example, and allow it to otherwise grow and evolve over time. It’s like a one-man band with this release. At the moment I’m not sure if there will ever be another Howling Tourists release, and if there is, if it will sound anything like this one. I didn’t want to limit it, though.” As far as the meaning behind the moniker, Mike offers, “I’ve always liked band names that have a cadence of ‘The Something Somethings,’ so I wanted to use something that had that kind of ring to it. People can read into it what they’d like!” 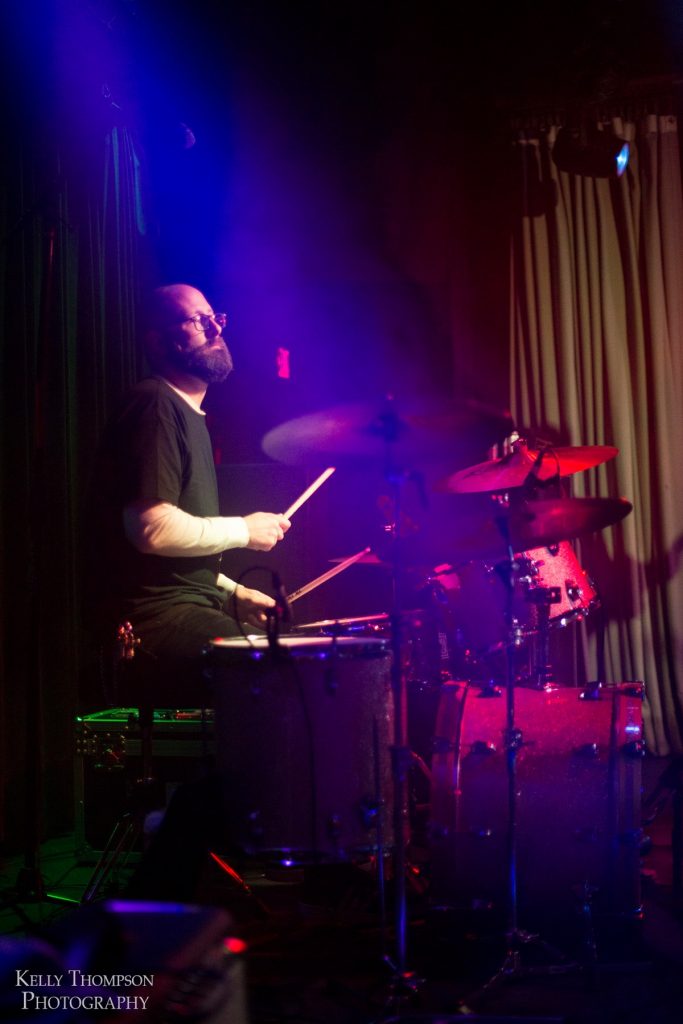 Mike is a founding member of The Bitteroots, now celebrating its 12th year. He has created songs with a different vibe on The Howling Tourists EP. – Photo by Kelly Thompson

The opening track, “Fire With Fire,” was released in late May as a single and kicks off the EP with a punchy but understated mid-tempo drum groove, a foundation for what becomes a floaty, almost psychedelic production with layers of guitars, keys and other elements. The subsequent tracks are a mix of at-times simple but loud, raucous hooks and more subdued, acoustic-heavy songs.

Mike’s experiences playing multiple instruments and in bands across many genres, styles and influences are reflected in The Howling Tourists. “When I was sharing some of these songs, I was a little surprised by some of the things people pointed out as some of them were not on my mind at all when working on the songs! I think there are probably a few of my influences that come through in these songs, but it’s kind of a stew of stuff more than something where I can point out what the ingredients are.”

Mike continues further, “I’ve been a big fan of Oasis and Noel Gallagher’s songwriting for the longest time, and especially with “Fire With Fire” I wanted to kind of bend toward the sound of their first album. A piece of production may have been influenced by The Killers’ sound. Other than that, I can say I’ve been influenced by some of the same stuff so many others have been influenced by: the Beatles and Stones, Dylan, classic rock, singer-songwriter stuff. I like good songs no matter the genre, and I like bands that have good songs that would work whether it’s a full band playing them or just a singer and a guitar.”

“More and more I’m interested in the production techniques that help convey those songs, but all the production in the world doesn’t matter if it doesn’t start with a good song. I really wanted to try a bunch of different things with this project, and I hope it succeeds as far as having a variety of sounds and colors,” Davis says. “At the end of the day it was a blast to make and I’m super proud of what The Howling Tourists is. I hope people like it and, if they like it, I hope they tell their friends, and that their friends tell their friends.”

The Howling Tourists album on Spotify:

The July 19, 2018 Atlanta Music Grapevine Artist Spotlight on The Bitteroots